The weather is making a concerted effort to turn truly wintery. The grey clouds are low and sporadically spitting out snow. Not enough to cause a problem (yet) but enough to cause concern.
Little Pan (cat) is sitting behind the laptop peering over at me - inviting me to a game. With these long hours I am doing the poor cat gets fed up with her own company.

I have a list as long as my arm to do, but - do you know what? I really don't feel like doing any of it.....hmmm better get myself motivated.

Now, 6.
The sixth day of December - only 6 days left before I leave my present job.  How do I feel about it? Odd. Leaving the relative safety of a job close by, a job where the boss keeps asking me to stay on, a job that only takes 7 minutes to walk to. For a job over 40 minutes away (hence new car). A job that starts just as the weather turns.......hmmm (again) 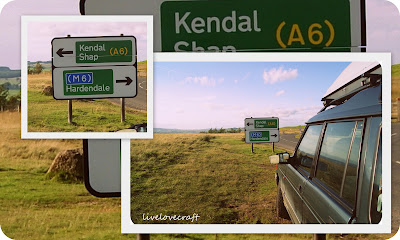 On the way back from our summer holidays, we pulled off to exercise legs, relieve the dog and generally get some real air rather than in-car-stuffy-post-jollies-air. Himself stopped the engine and for a brief moment there was complete silence. Then the boys opened their doors and the dog shuffled in anticipation. None of us was expecting the rather brisk breeze that greeted us with some force. Hair was slapped around and doors needed some careful shutting so we'd not pull our arms off. The dog, far from doing what was expected, ran around gleefully as her fur ruffled. I needed to stretch so strode off into the distance with hopefully a heart prodding walk. I turned back, puffed and feeling refreshed and pounded back. The boys had taken the same approach as the dog and had run around is big circles, all impending teenage angst was lost as their laughter was whipped from their mouths. Just as I was to hop back into the car (I'd reached fresh-air-capacity by now) I noticed the sign.  A6 Kendal and Shap and M6 Hardendale. 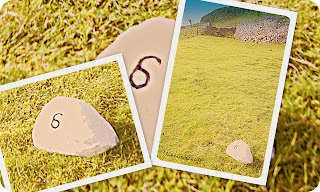 Another white painted stone - hadn't realised I'd found so many....


A quick look out of the window confirms the reason why my nose feels like an icicle. Brrrrr

.
Any one fancy a little bit of Bruce Springstein?

Been designing our leaflet for the next Yarnival event - 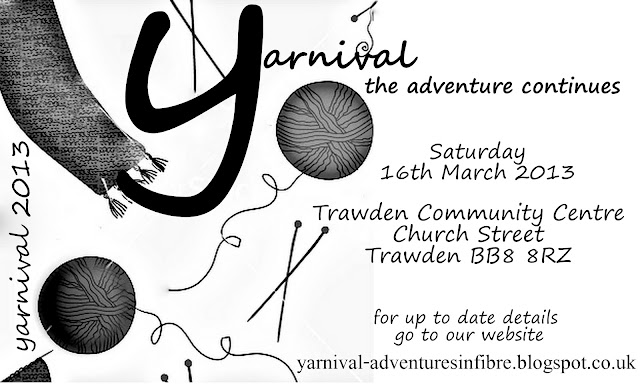