Just in case no one actually noticed - it is FridAy! Woo hoo! What a week - what a strange week. I feel absolutely shot at. However, Himself has just offered me the perfect antidote - we're off walking tomorrow and I instantly feel better :) 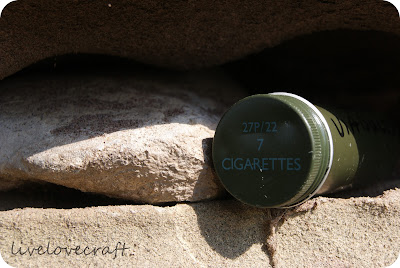 One of our guilty pleasures as a family is to go geocaching - sort of high tech orienteering-treasure-hunting where we go on line for a set of clues and using a GPS we 'hunt' ourselves a decent walk with a bit treasure at the end of it.

One such 'hunt' had us following a route along a disused railway track. It had been cleared of all the metal work and buildings and it their place were plantations of young native fruiting trees and shrubs. The undergrowth was full of bulbs and indigenous plants tumbling and jostling for space - wandering through these juvenile woodlands in the making was nothing short of inspirational. What a wonderful way of utilising a narrow strip of land. Each mini-woodland was growing between the railway bridges, so the first stretch of about a half a mile was all rowan trees heavy in flower, then the next bit was filled with hawthorn and blackthorn. Smaller sections were planted up with wild apple and cherry inter-spaced with holly and field maple. Not surprisingly there was a whole microcosm of birds and insects living their lives along this narrow corridor which we had been lucky enough to walk along one gorgeous summers afternoon. But I digress, the reason we had been here in this little magical strip of land was all due to following some clues. Tucked in one the footings of a stone railway bridge was a small tin cigarette case - originally the container for 7 (ah ha so that is the connection!) cigarettes. So, without further hesitation - one summery hot afternoon I had snapped the photo I would be using today - a frosty cold wintery December evening - feeling smug? Moi? Never! 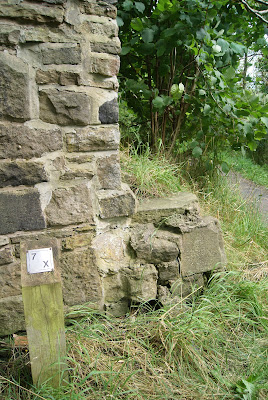 Several times, when trying to get my walking mojo back to full strength I would walk from home to Himself's work just in time for him to finish then I would catch a lift (and my breath) back home. When I started these walks it would take me nearly 2 hours and I would reach him absolutely puffed out with a deeply affronted leg. (Yes, my leg does have a personality of it's own...I should know - I have to live with it!) Then as time went on I got it down to exactly an hour, managing it with a slightly less crotchety knee.

Along this route is a park that has seen better days, now instead of the hoped for 'keep-fit' brigade and the mums and tots using the optimistically named millennium people's park*, it has piles of litter and dog mess. Needles and other dodgy paraphernalia lurk behind corners and stripped parts of bicycles and scooters lie lost and unloved in the tatty undergrowth. Needless to say I would walk this part of my walk a little faster than the rest...........


*Name has been changed to protect the identity of the park!

Our weather for the forthcoming week or so is promising to be appalling - so get out your huskies and sleds and put on your thermals - it's going to be a rough one!!

Have a good weekend - I certainly intend on doing so

oops nearly forgot! Today's little festive gem is from 1980 - I remember watching the music video on an old black and white television one hot African summer - Jona Lewie and Stop the Cavalry

PS edited to add - another flyer - this time in colour 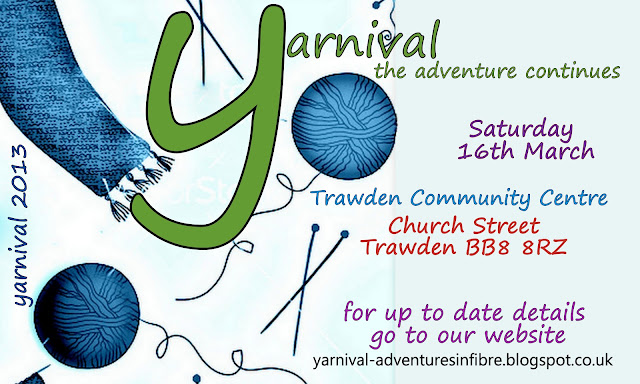 Email ThisBlogThis!Share to TwitterShare to FacebookShare to Pinterest
Labels: chrimbly-countdown, Himself, walking, winter