Over the summer we had many lovely walks, often on the Dales where we would go through fields and farms. Not surprisingly there isn't a lot of numbers about! So when I spotted the gate I had to take a photo and then later when we sat nursing a tea as we  rested on a mossy hillside, one of the boys took a photo of a ladybird (or lady bug) and it was only later that I noticed that although it is a 7 spot bug, only 5 of the spots are on show - perfect! 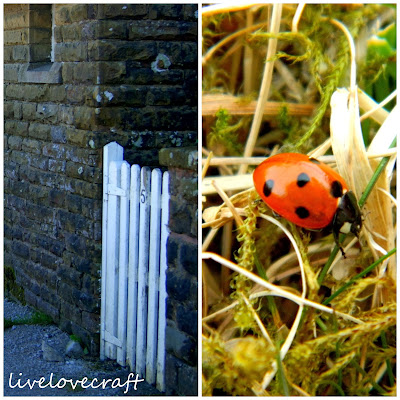 Now for some festive nibbling news.

Something Himself and I love is Stollen. Now suddenly the boys have realised they rather like it too! So this year I tried making it for the first time EvEr and it WAS YuMMMMMM!!

There was an awful lot of scoffing and asking for seconds and inquiring about possible thirds....I think it might be a keeper (or rather an eater!) 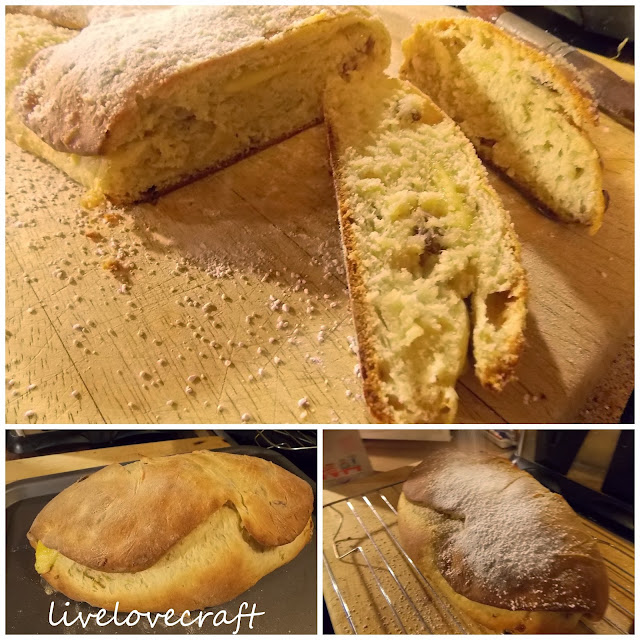 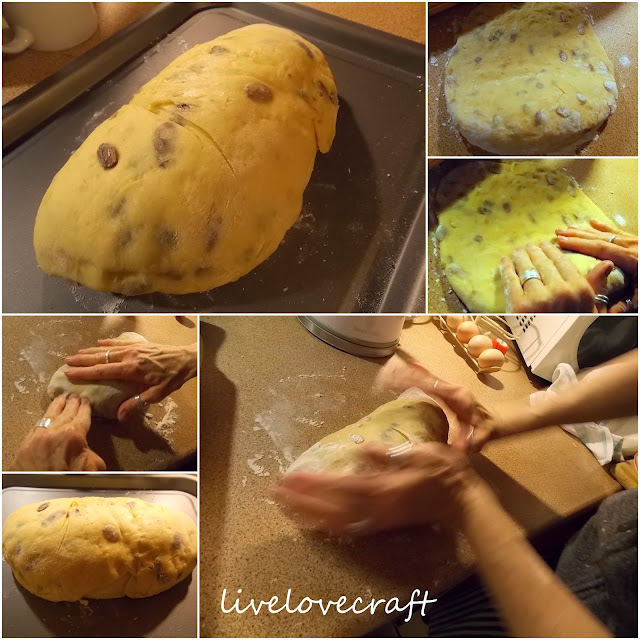 Fancy trying it? well - I used the