In which I actually feel ALIVE!

Soothing, breaking one by one,
Peaceful brushing on the shore
In crescendo and then back down
My soul is asking for much more 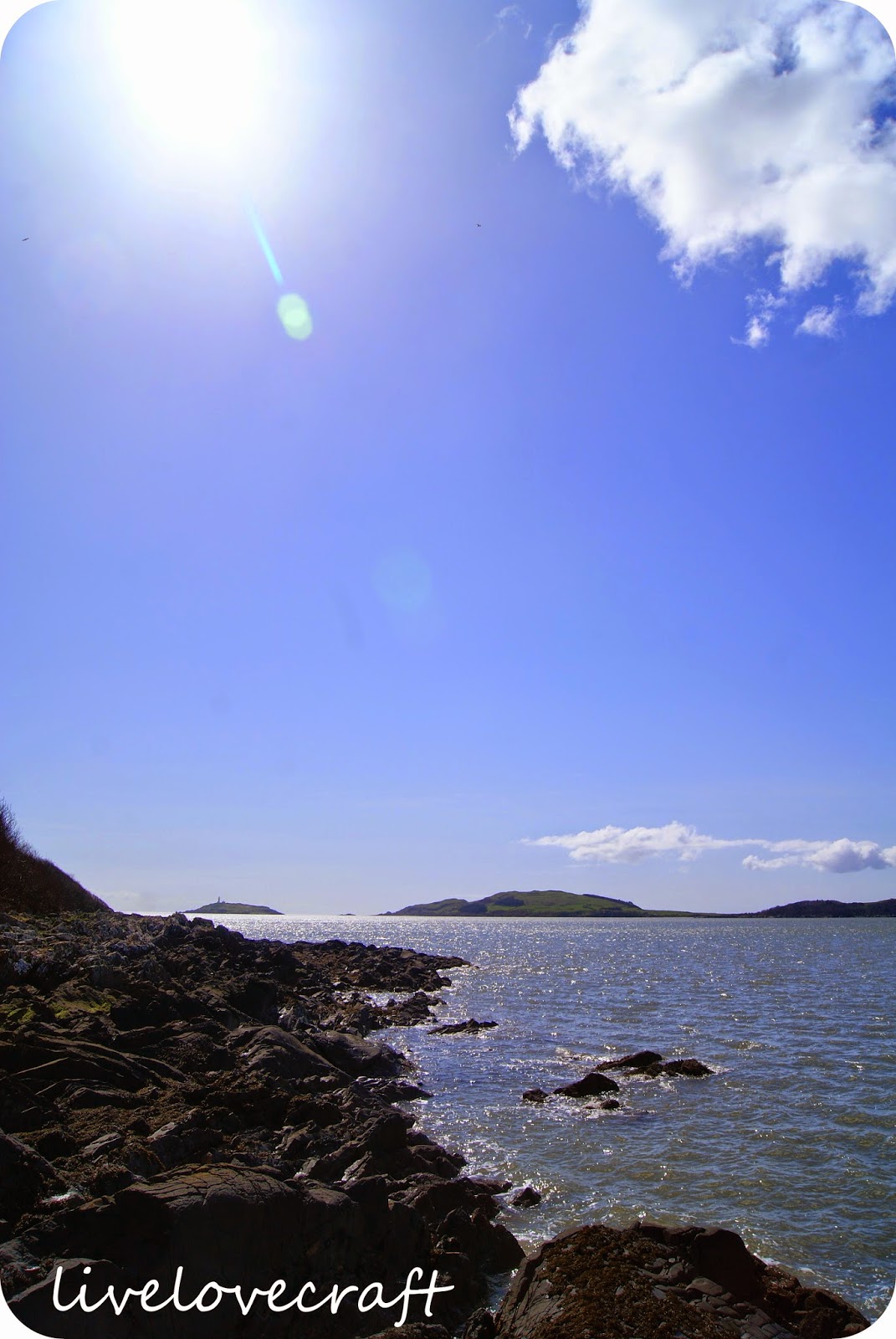 Oh my beating heart, the sound and the smell and the colour of the sea. 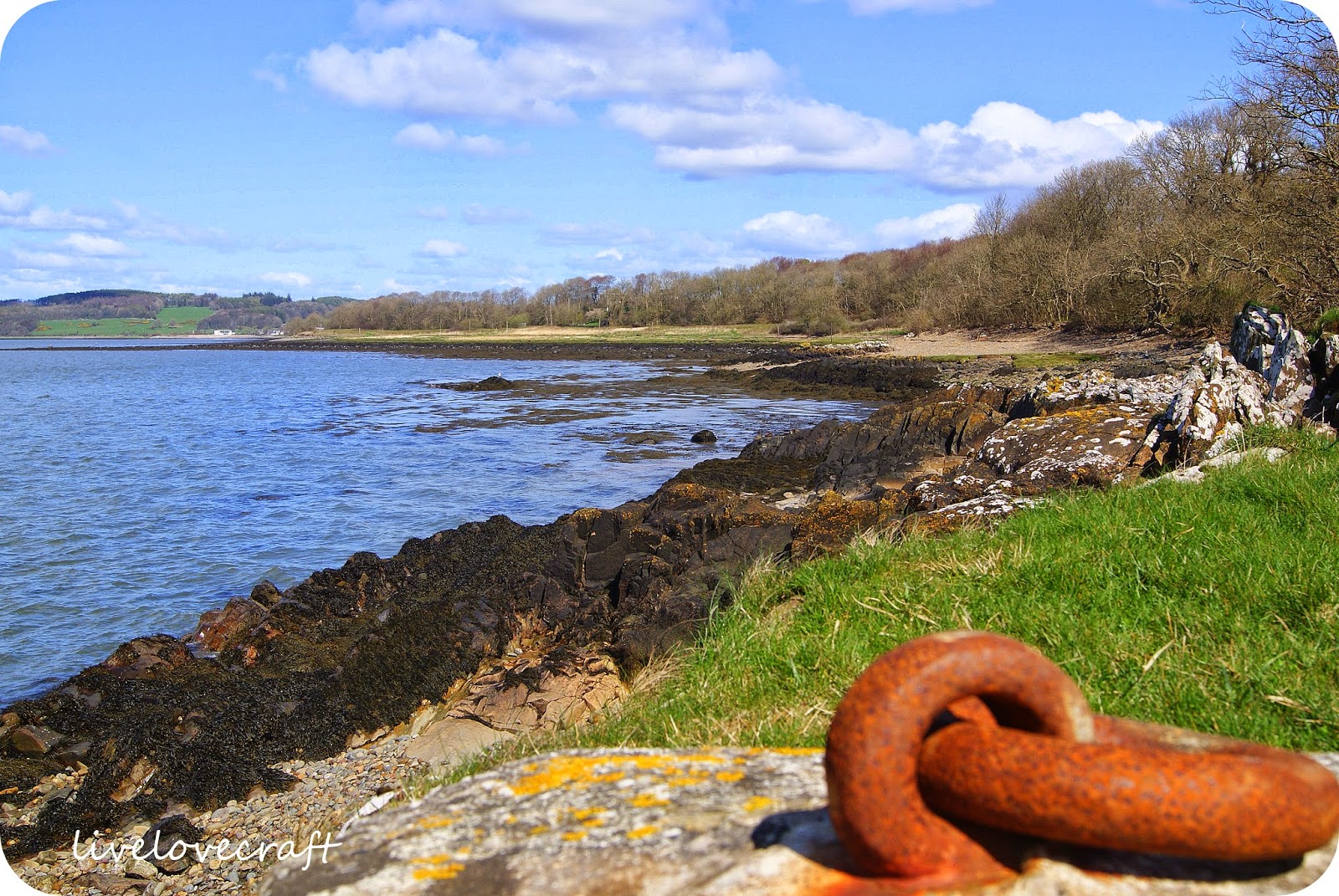 The clear blue air and light are incomparable. 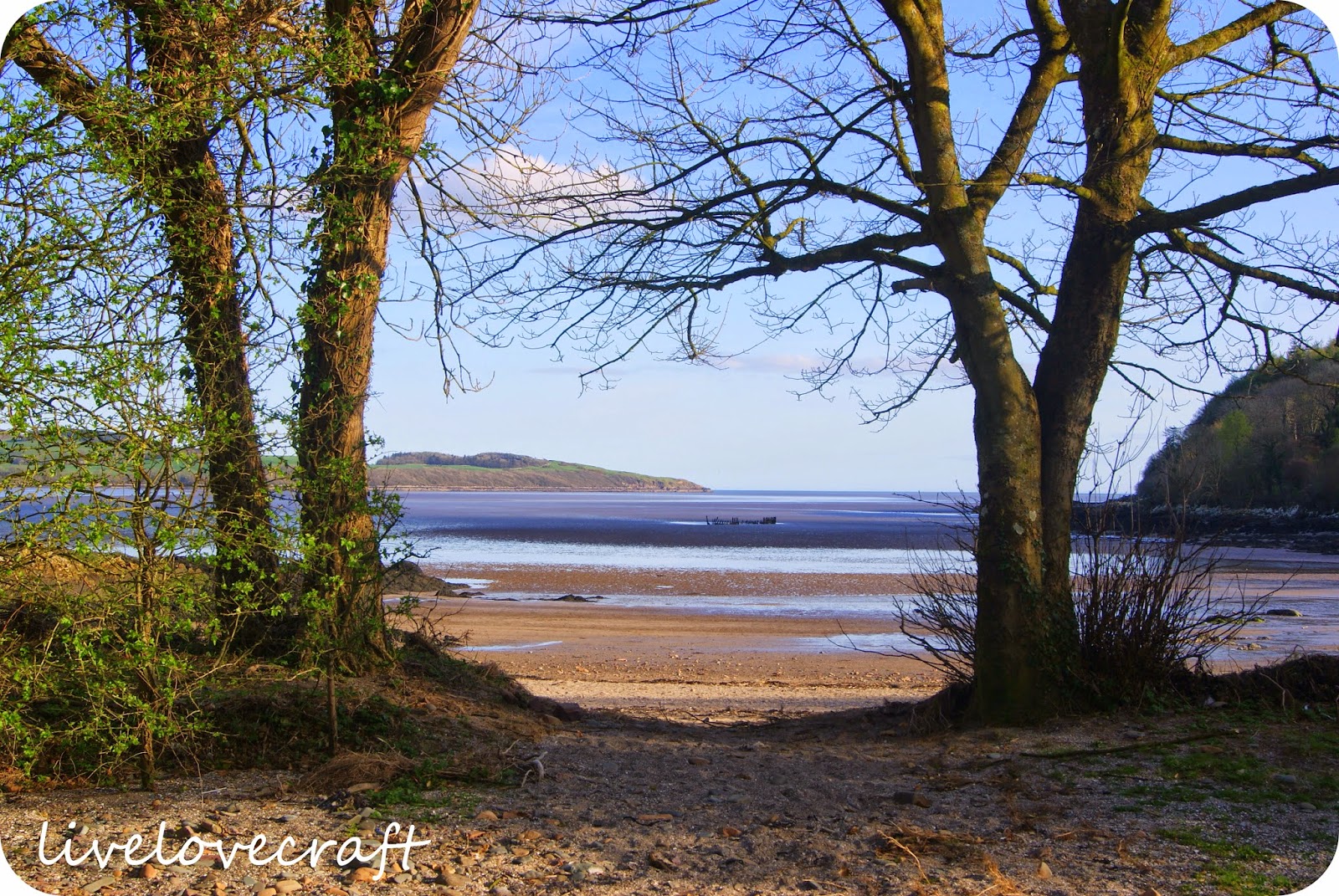 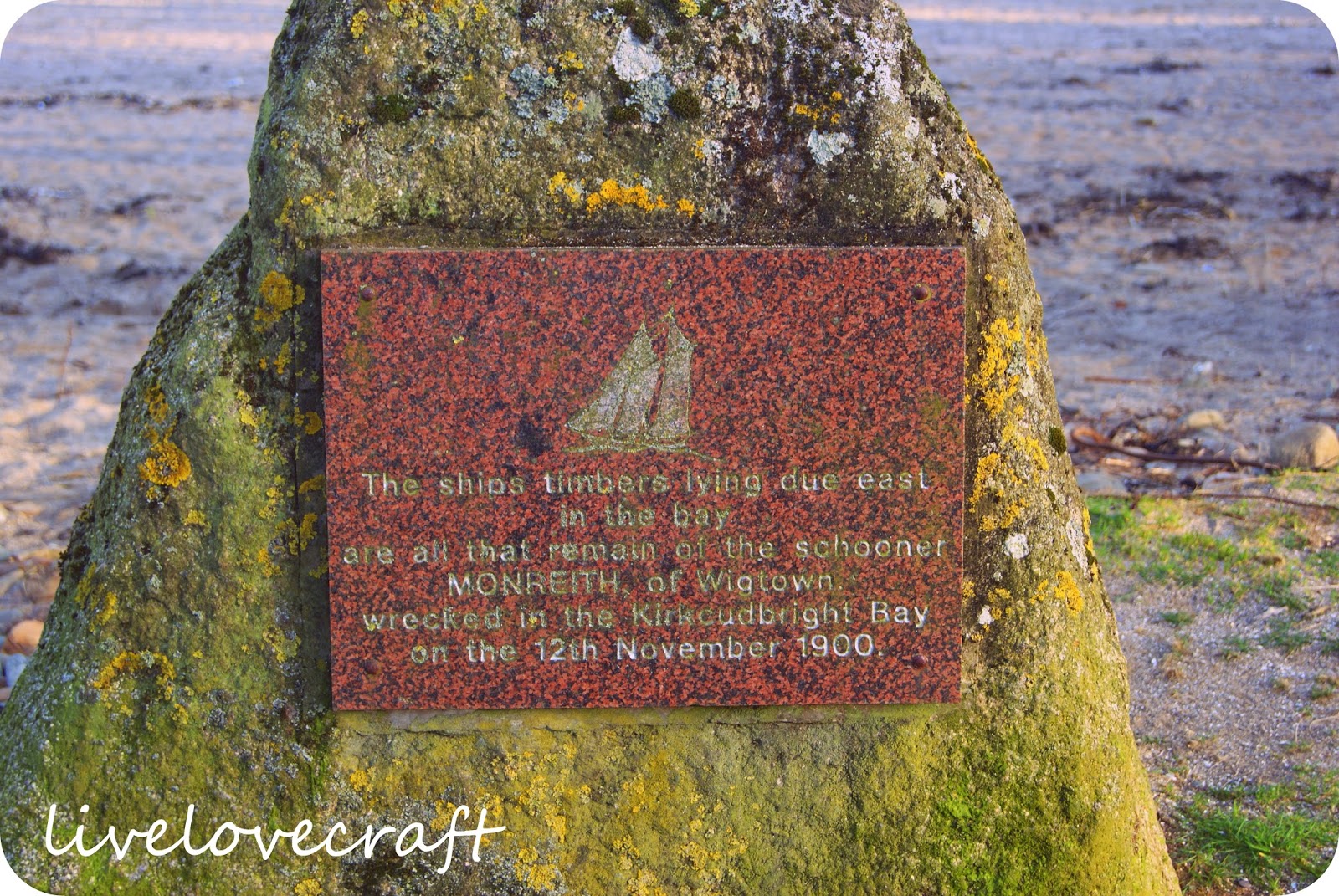 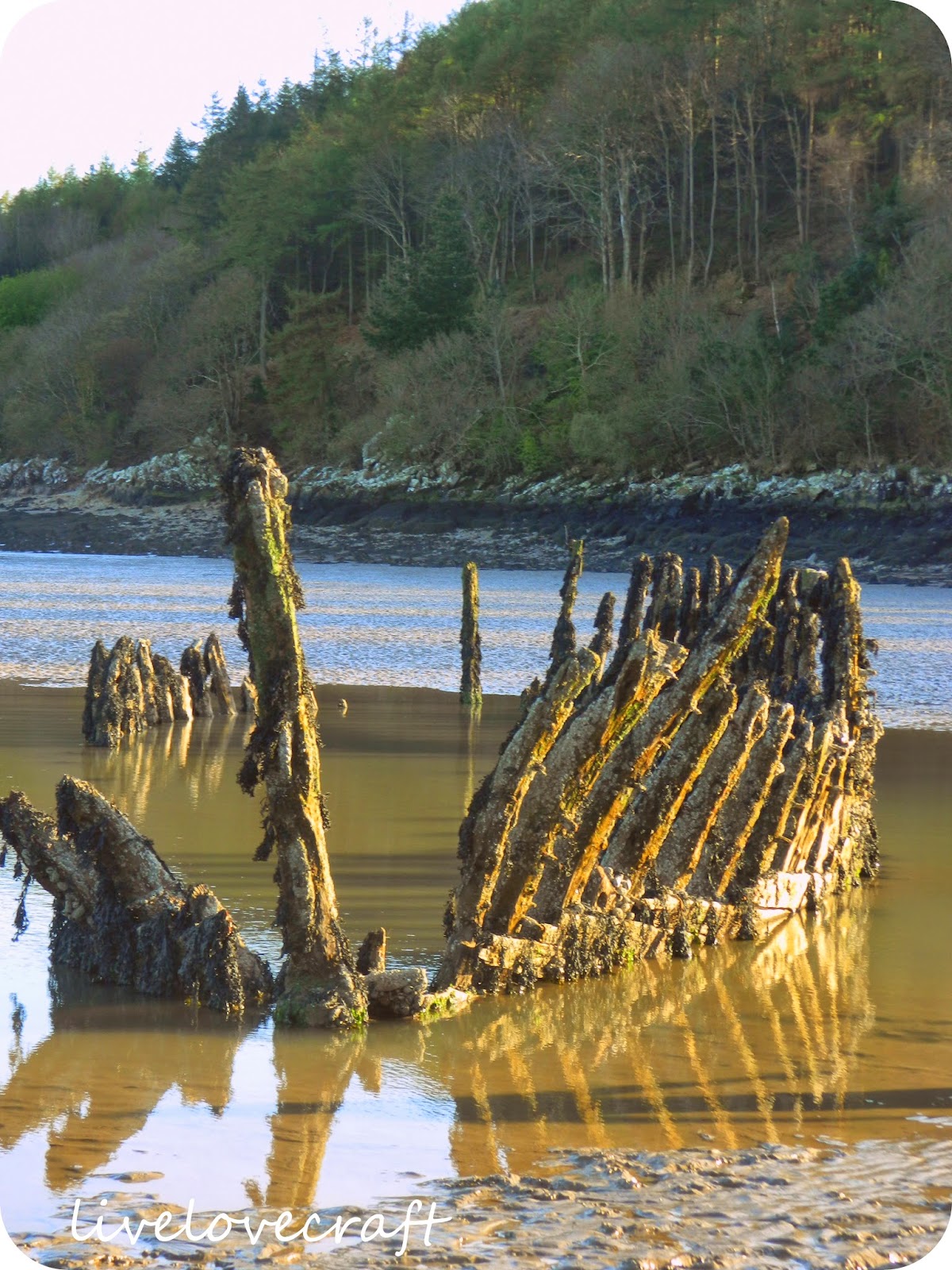 What a wonderful day.

By late morning we had arrived up in Galloway and delight of delights - we had a second breakfast on the BEACH. The boys had already been on holiday for a week while Himself and I were still languishing at work, so this brief break was fantastic.

Last year when I took the boys on a holiday without Himself - as we hadn't been able to coincide our breaks -  the three of us had a wonderful (if a little breezy) walk around Colvend. This time all four of us repeated this lovely airy ramble along the coast line. 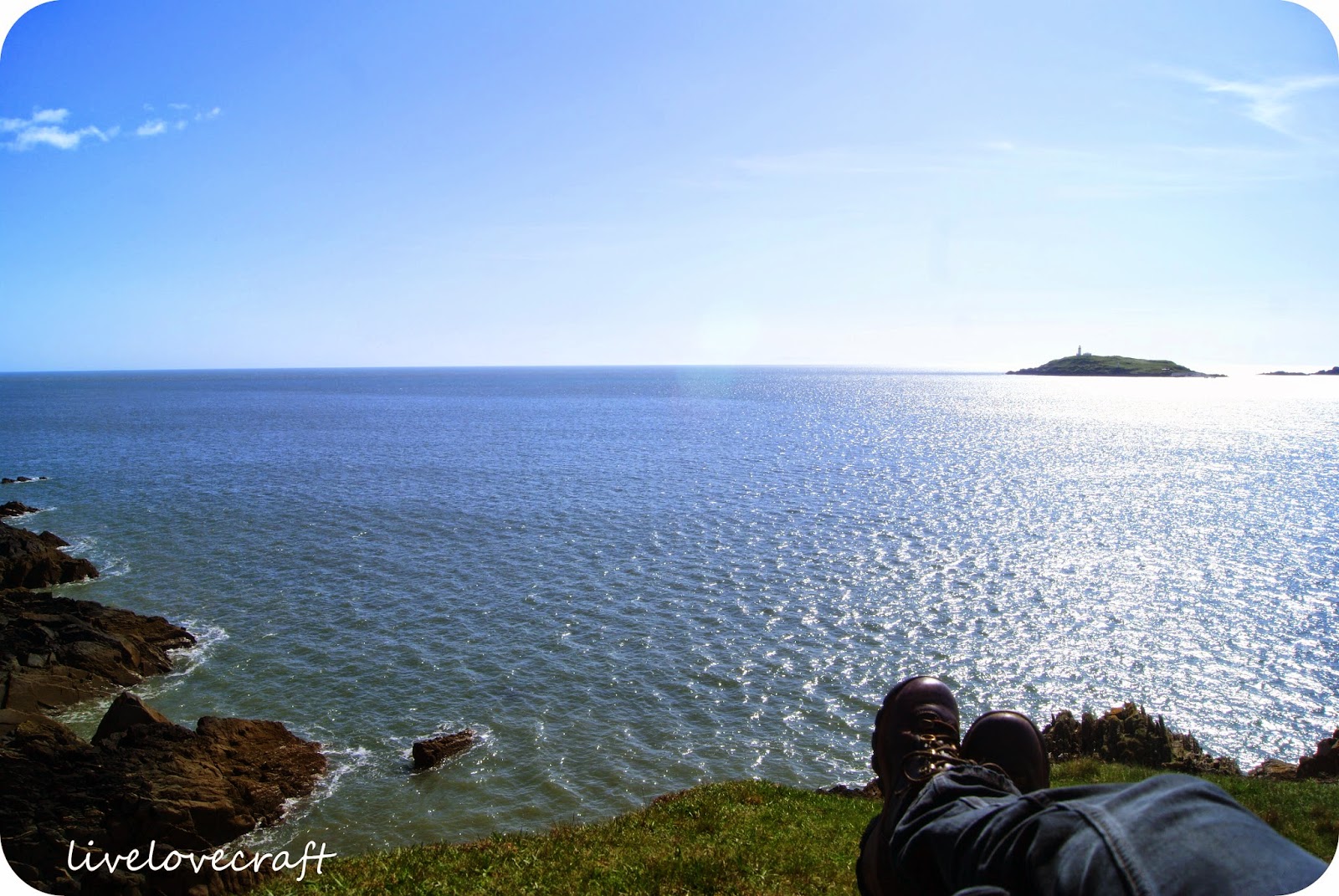 This time the spring sunshine was so gloriously deliciously wonderfully warming as we lay back on the cliff edge. The gulls were screaming overhead, the waves scrunched and sploshed against the rocky shore and a small fishing boat chugged along through the twinkly blue sea. 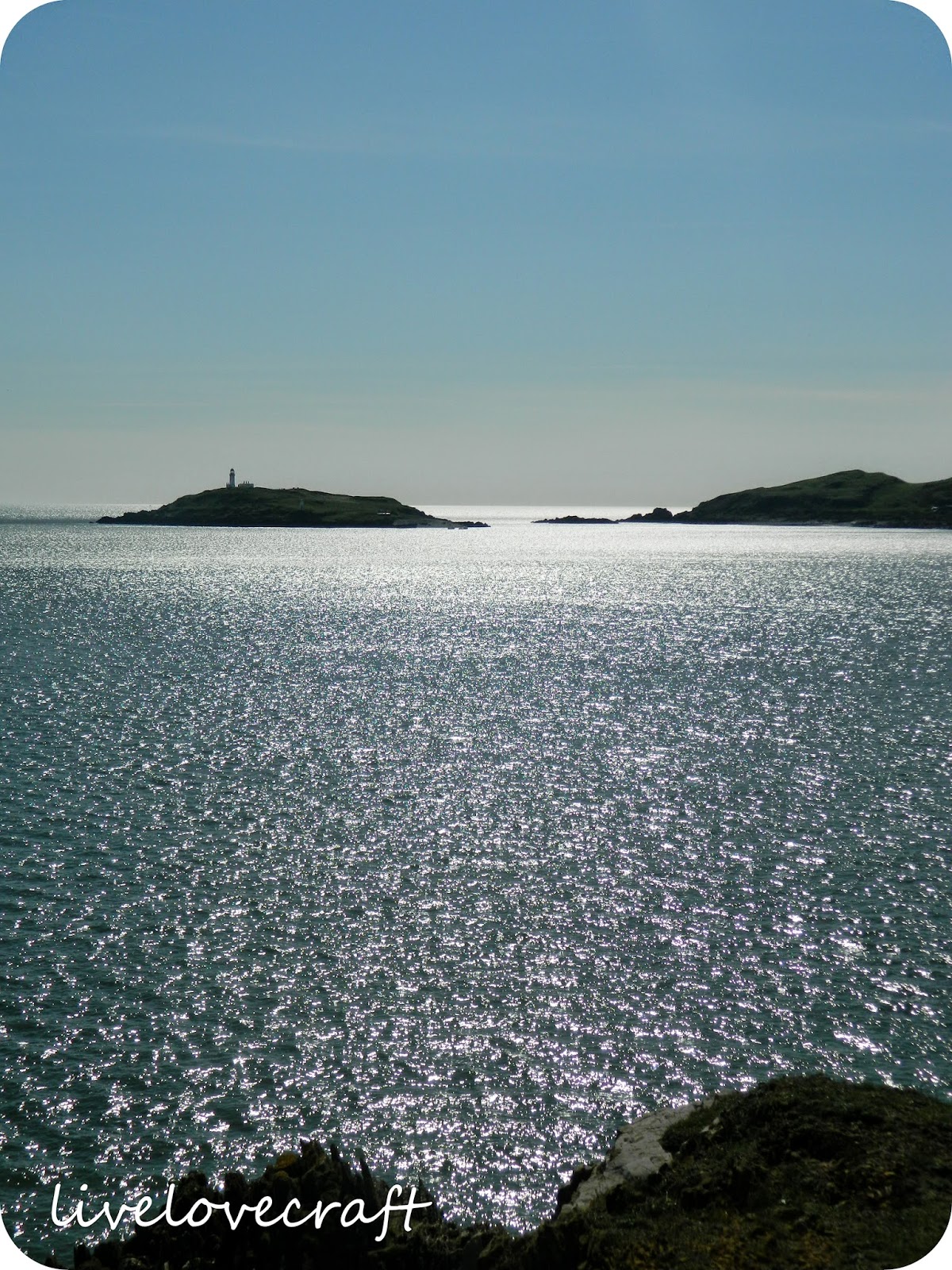 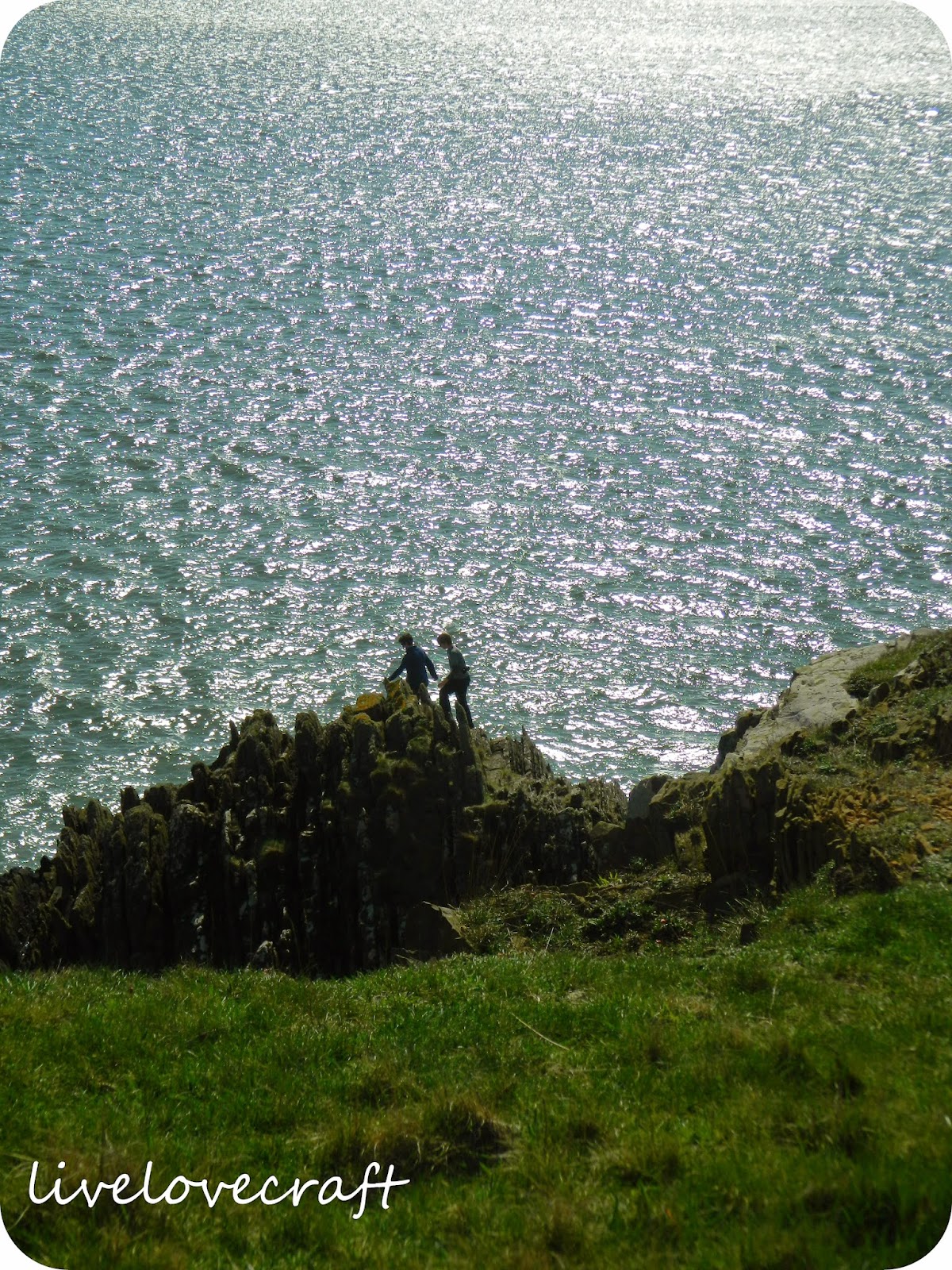 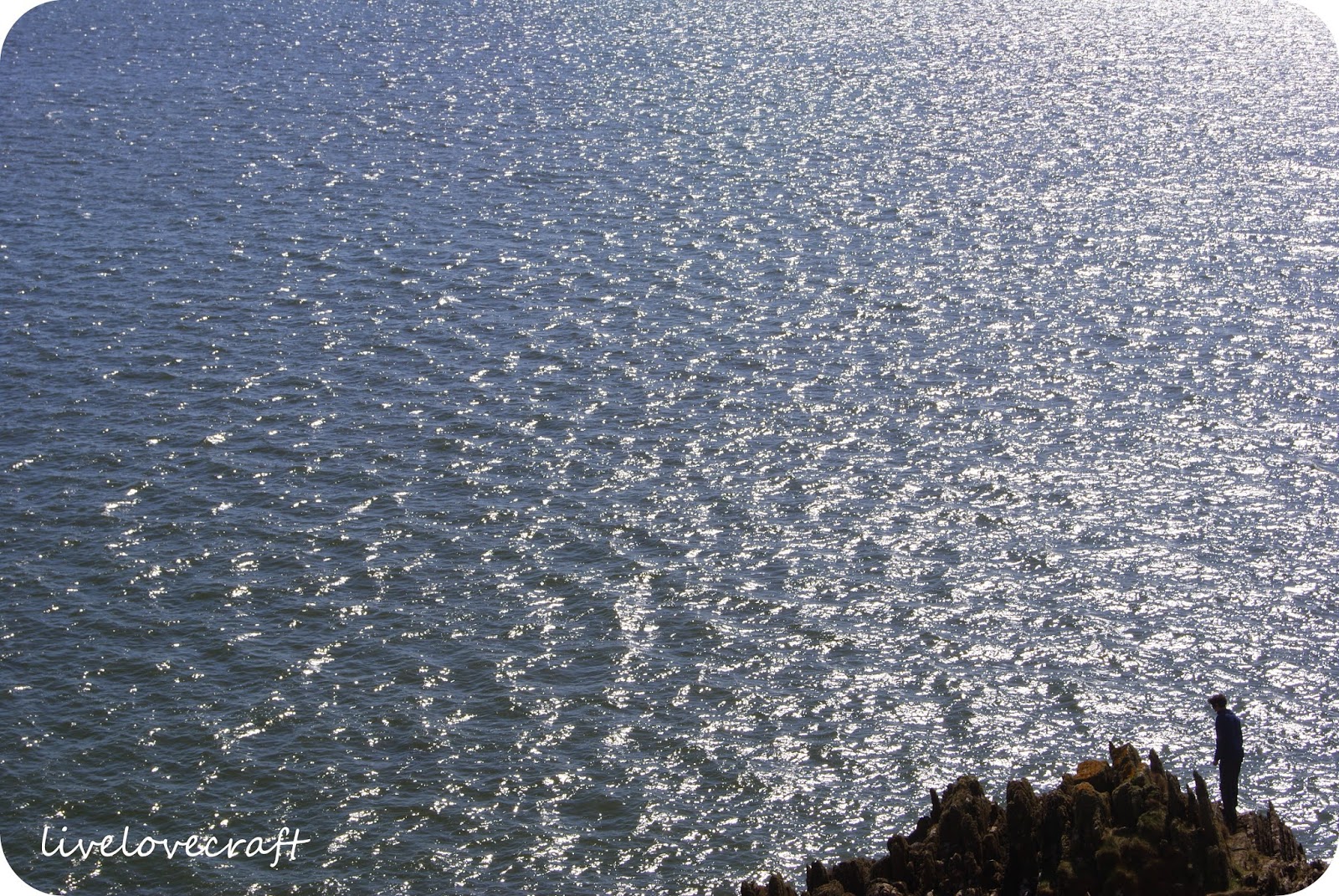 Himself and Youngest rock-hopped down to the shoreline and their silhouettes looked quite tiny against the huge expanse of the sea.

It felt like I took a gazzillion photos (in reality it was in the hundreds) but I won't bore you with them all, just a select few over the next few postings.

Aah - I felt so ALIVE lying against that cliff side with the sea undulating around the coastline and the sky soaring above me. A short break - but oh so so very rich and rewarding to the soul.

I must thank you for you lovely lovely comments recently - it's wonderful to receive them, they make my heart squeeze with pleasure especially as recently I've been a bit remiss with my posts.

Tomorrow I am having a study day - Himself is taking the boys and the dog and heading for some serious hill walking - something I can no longer do :( hey ho........Still,  all play and no study makes Hawthorn a dull brain!!

What has made you feel alive this week?
What are you having to knuckle down and do despite not really wanting to?
Have you been seeing more blue skies than clouds? I certainly hope so - it just seems to make things so much better!