Textures and secrets and confessions

After a few weeks of what felt like a foggy filled head and no idea what to do or buy or make for Himself I was suddenly inspired. I had been quietly knitting for the boys and when on the hunt for another ball of wool in my stash, I came across this..... 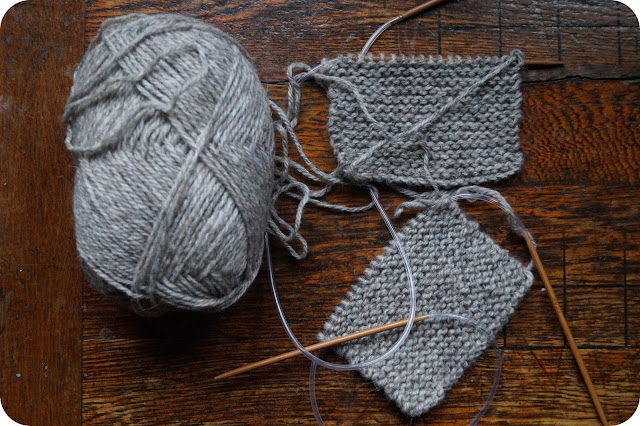 A number of Isle of Auskerry balls of squashy roughness that Himself so loves. I did the unthinkable - I actually sat down and knitted a couple of swatches. I.have.never.done.that.before..... Then came the search for the perfect pattern. 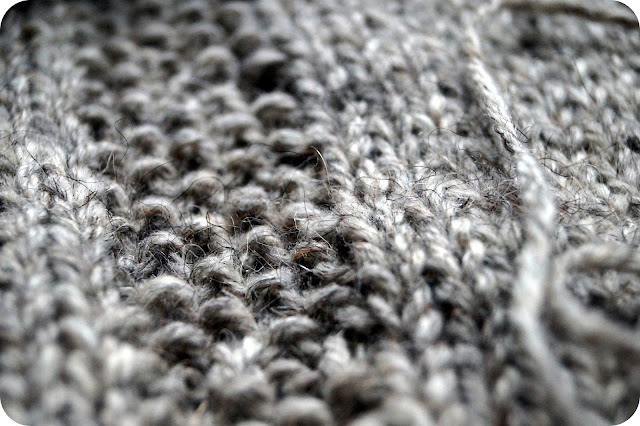 Not too complicated for me to make (due to shortage of time and lack of knitting prowess) and one patterned enough to satisfy Himself's love of the gansey and aran styles. I eventually found one called Beaver Ridge and feverishly cast on. 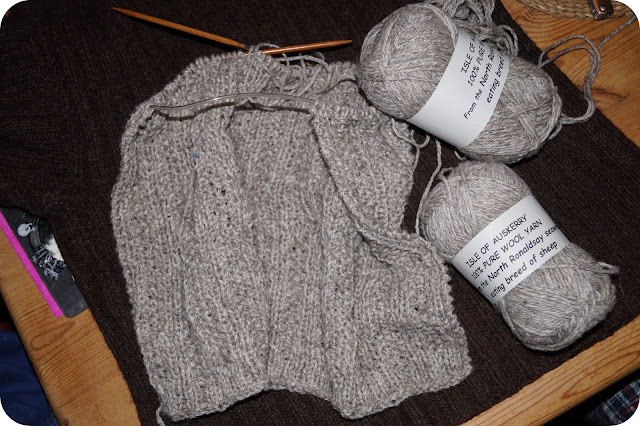 Initially I was able to knit in plain site - pretending I was knitting myself a hat which, bless him, he did not question. But as it grew it became obvious that this was no hat - so I had knit when he was not around. This proved a little difficult as I needed to paint during the day (fulfilling chrimbly commissions etc) and then trying to disguise what I was knitting in the evenings. 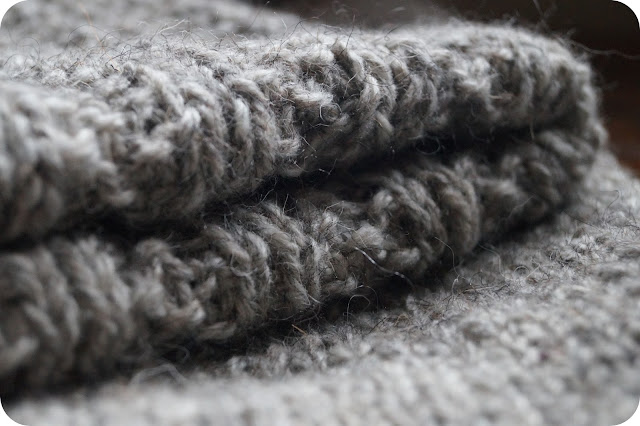 Eventually I gave in.... and admitted what I was doing, because I needed to measure, the now nearly finished back piece, against him.  He has a slender frame and I was worried that despite taking that into consideration, this gansey would be too wide. 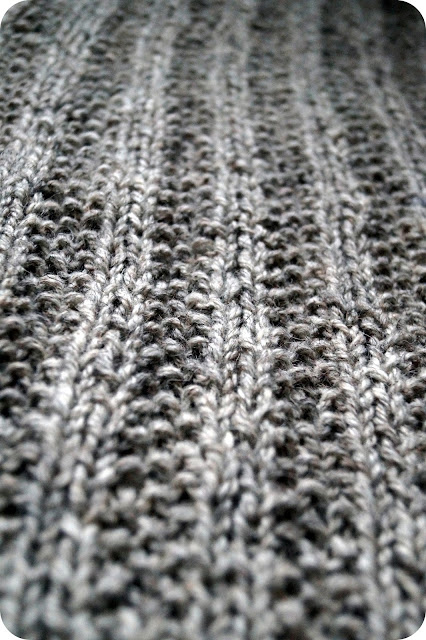 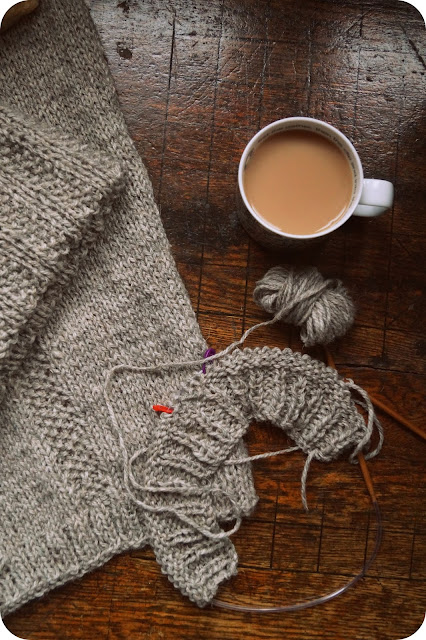 Now, I suspect I may not finish, despite knitting like a daemon, I still have the front to do, pick up all four pieces (doing the second sleeve at the moment) and knit into the neck and sew up the sides. So, on Monday 25th, whatever stage his gansey is, it will be wrapped and under the tree for him to open. I will then retrieve it and carry on so it will be finished as soon as possible! 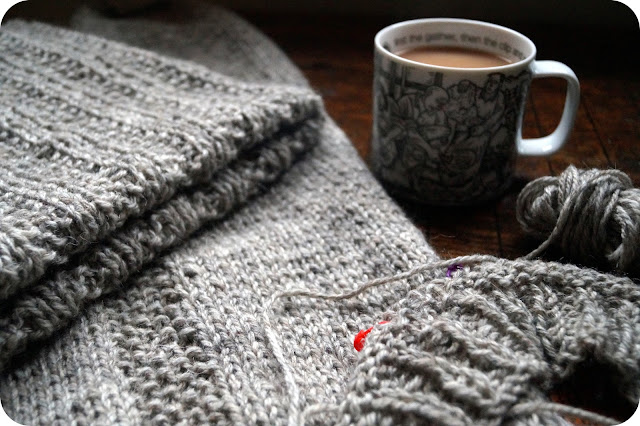