When Himself and I first met, our favourite type of walk was 'Letterboxing', which really only occurs down on Dartmoor with the rare out of area 'guest box'. A fore runner to geocaching, it was a Victorian invention whereby a calling card was carefully stored under a small cairn in the centre of Dartmoor and anyone intrepid enough to walk there and find the bottle with it's precious calling cards would collect one as proof of the adventure. 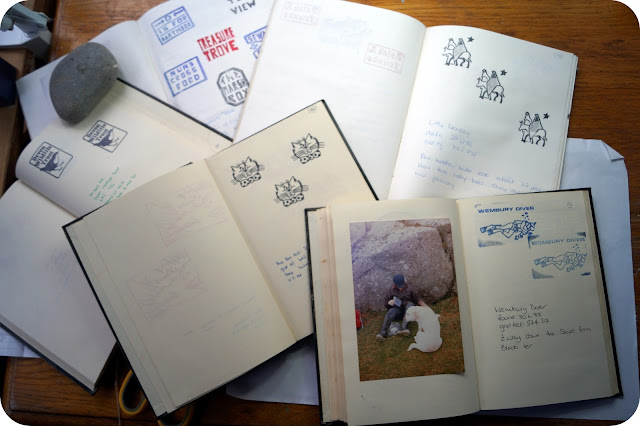 It progressed to the modern day version where a box would be hidden, then clues given. We'd set off with a flask and sandwiches and spend a happy day yomping around the moors finding boxes. Each box would contain a book and a stamp. Once found, we would ink up our personal stamp - a fox - and leave an impression in the log book and we would 'collect' the stamp from the box. Our books soon filled up and we quickly were members of the Letterbox 100 club, then the 200 club and then, just before we moved away we were working towards our 500.  Despite this day and age and the accessibility of the internet, Letterboxing has managed to maintain it's traditional style of paper catalogue of clues and collecting of a physical stamp. 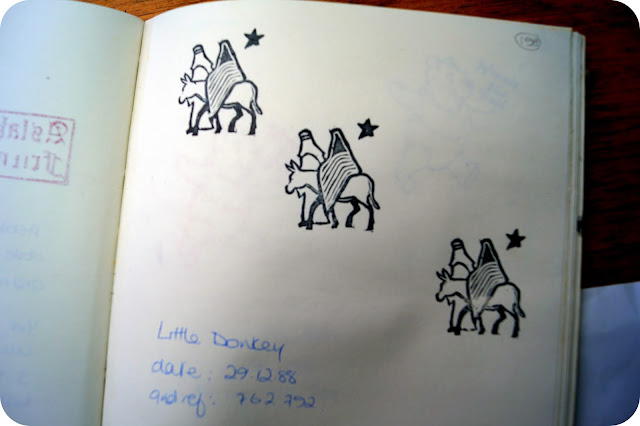 We now Geocache, not as much as we used or would like to but a combination of completing most of the local ones and where we generally walk, our weekends seem even more fleeting and brief so to squeeze in a long drive out, big walk and long drive back doesn't quite fit in - it might again, but just not now. 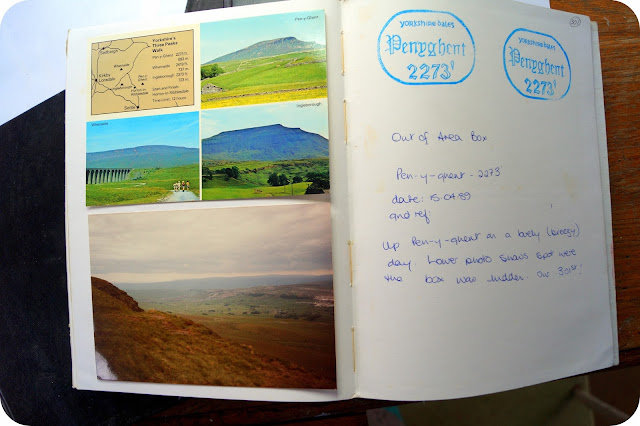 So - there, an alternative start to Julie's Scrapbook Advent Calender 2018!

You can join in too - just pop over to her page HERE for the list and instructions as well as see the other bloggers who are taking part.