Be scared.....be very scared.
Meet the zombie my son......off to a horror disco. Complete with fake blood, stitched body parts and bullet hole in his head. While he was out, Eldest and I attempted to put the chrimbly decs away. 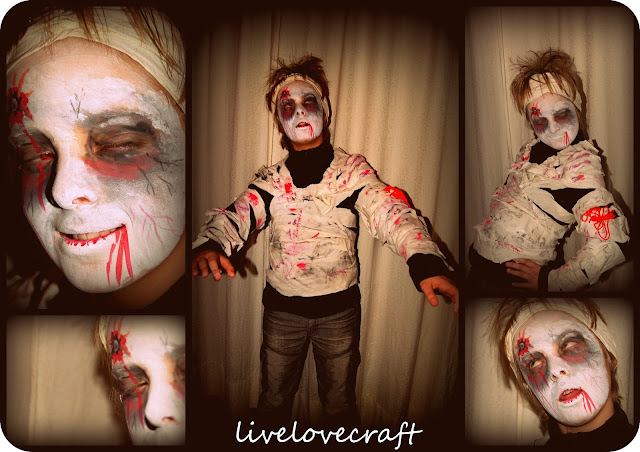 Apparently Zombie-boy had a good time apart from finding the music too loud!
As each guest left they were handed a rather yummy cupcake complete with the birthday girl's age, small ghost and black star. 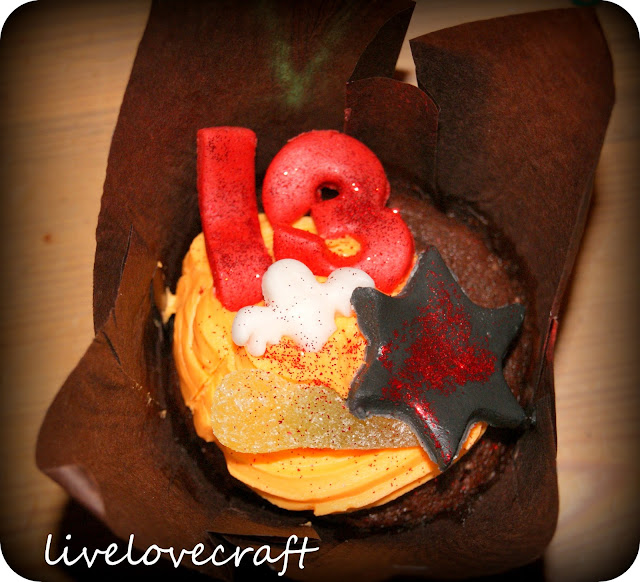 The sweaty mini-zom was sent upstairs for a shower forthwith and came back down restored to his former more human self. I think he had a good time :)

PS shhhhhh - bought some more yarn. Think this is becoming a serious issue.......actually if I'm honest I was taken to buy the yarn by Himself (bless him) so I could finish my hat, pictures later.

Night all - time to go to bed, already sent the zombies boys upstairs, putting the chrimbly tree away can wait another day.
zzzzzzzzzzzz