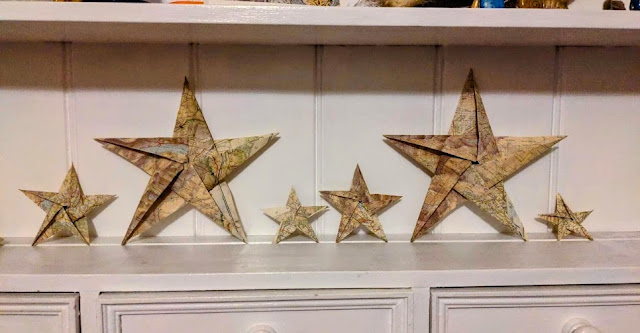 When I started I was a little unsure if I had enough waffle to fill a month of posts and I would falter. I did miss a couple of days and I did write some rubbish - no I wrote a lot of rubbish - so if you have read and commented throughout October you deserve a medal or at the very least a pat on the back - thank you!💜💙 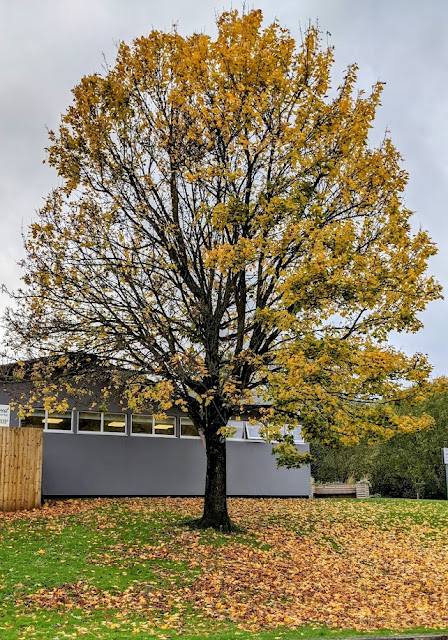 This weekend was rather brief and very full - working on Saturday certainly put a dent into the enjoyment of having Eldest and GF over as they seem to leave as soon as they arrived but I am not complaining** - it was lovely having them stay over (** well I am complaining but only about having to work on the Saturday!!) 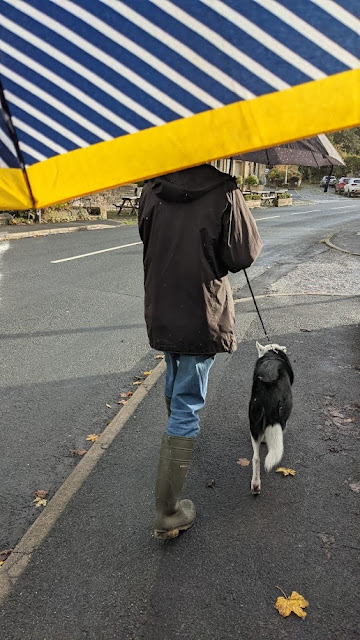 We went to see DUNE and we seemed to be (apart from one or two of the staff) the only ones wearing masks in the cinema foyer. I was also surprised how few folk were watching.  We were however, 'entertained' by the gentleman sitting IMMEDIATELY behind us (in an empty room that holds 180 people) as he sang loudly, fortunately tunefully, to the Beatles tunes in the lead up to the adverts and trailers.  He did give up on the film after the first hour as did a family of four quite young children. There was almost as much action in the cinema as there was on the screen! Did I enjoyed - yes, coz I love Sci-Fi - especially the epic trilogy type (cue Star Wars) and yes because we go out so infrequently that doing this was  'epic' in itself. 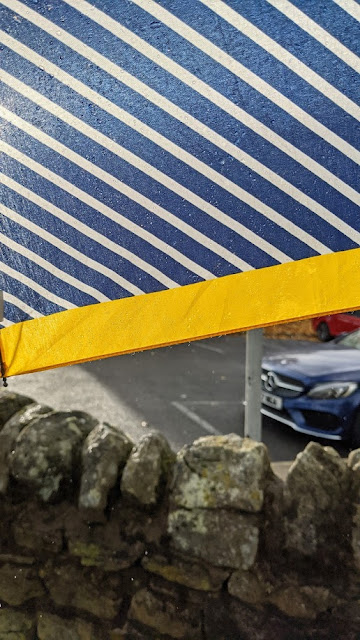 The weather has been atrocious today and when there appeared to be a small window of relief we wrapped up after lunch and attempted a quick dog walk. As we reached the highest point just above the village we could see more rain rolling in rapidly so we decided to cut short our walk and only just got back in time before it began to absolutely throw it down. Strangely enough despite it raining hard, there was sunshine and a glorious rainbow. 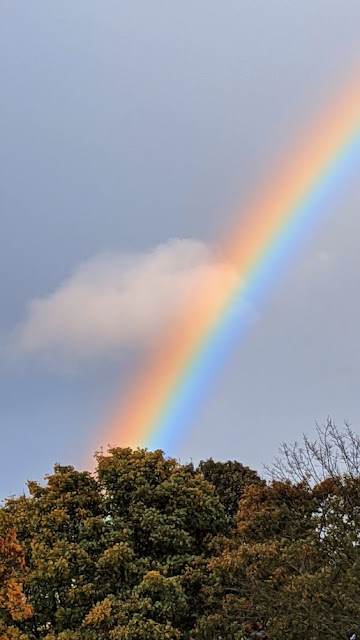 So, once home and dried off - we made origami stars from old maps. It was lovely, just us (and a humpffing dog as she felt short changed over her reduced walk) and a couple of mugs of tea. 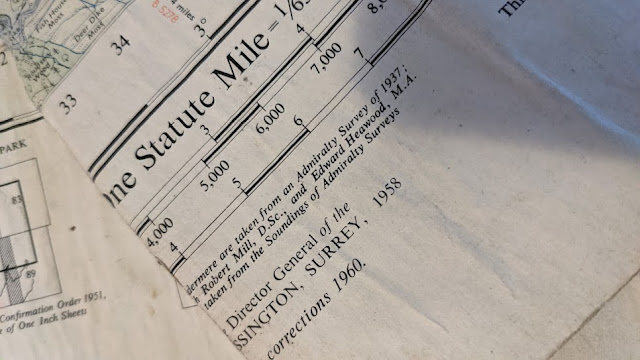 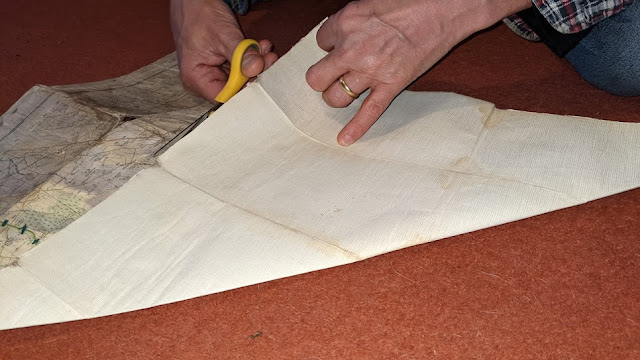 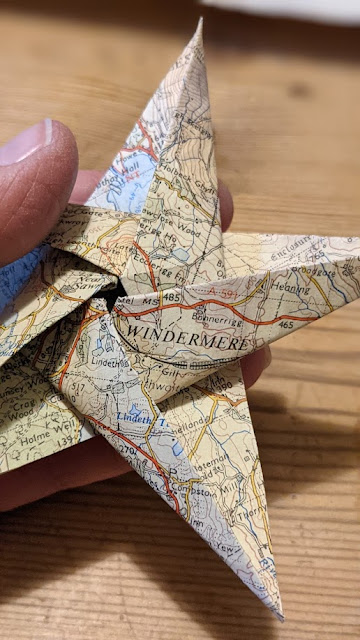 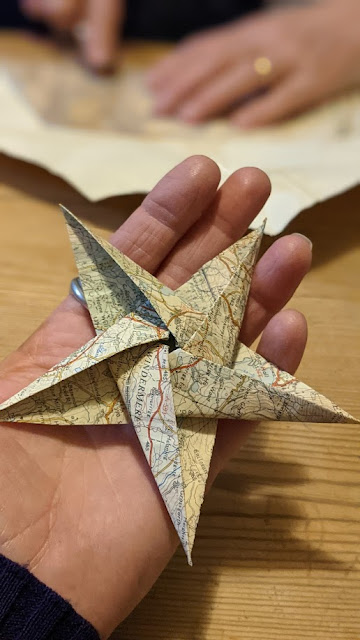 Now it is dark, the weather is miserable, no chance of mini monsters, ghouls and witches braving the elements - rather glad as we have battened down the hatches - don't fancy any visitors tonight. 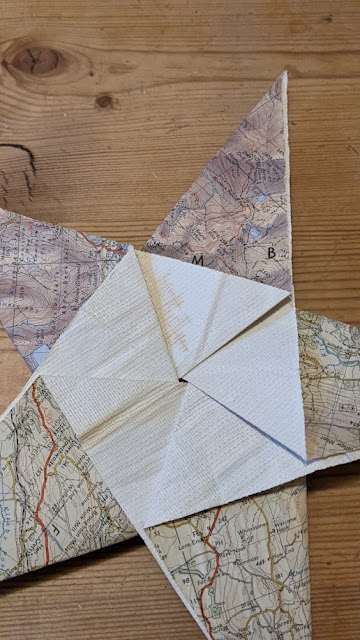 Right, enough waffle, I am off to the kitchen to cook - not sure what, I'll just have to open the cupboard and see what I am inspired by .... 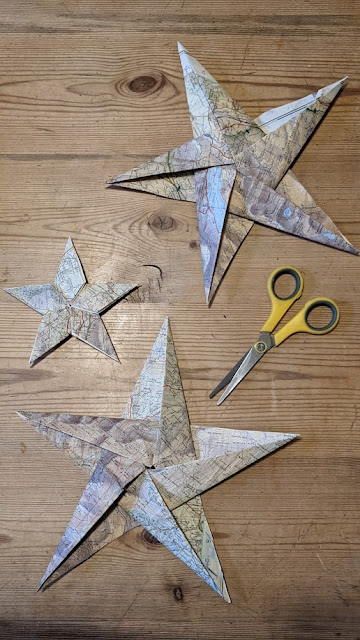 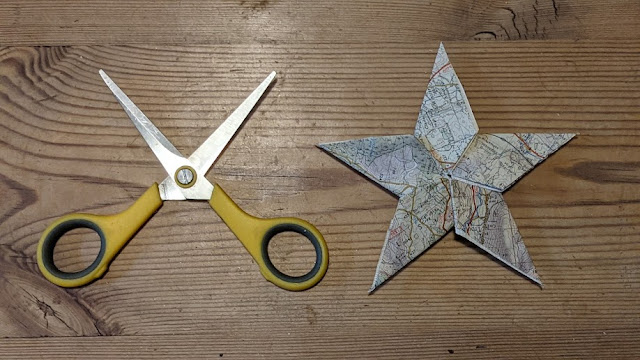