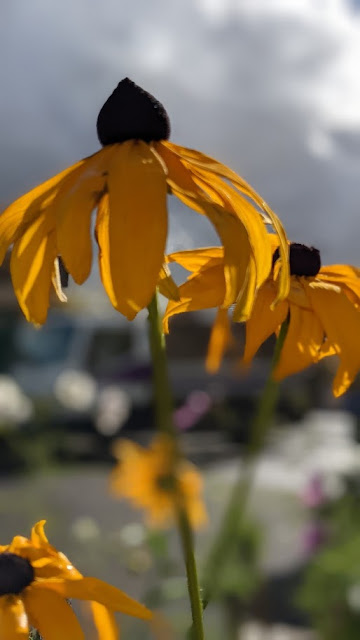 Evening - #blogtober2021 is a 'thing' but not one I have joined in with until now, so I thought (on a whim) I'd attempt to blog daily. Stories will just flow and ebb with things that happen, moments in my day, thoughts and events. Nothing major, nothing earth shattering (I hope!) just gentle daily blogging. 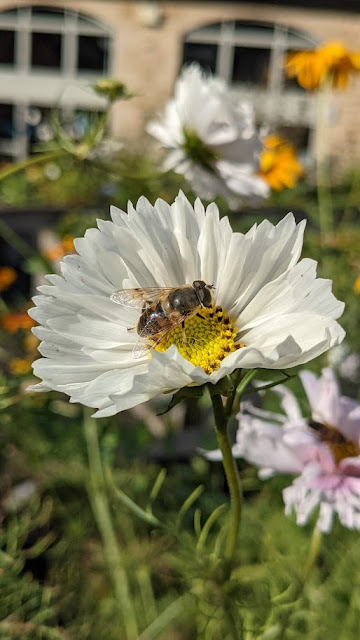 You will have probably noticed that I am already on catch up - however, I do have a really good excuse and the sharing of this excuse will be my story for Friday, Saturday and Sunday.

As it happens, both sons moved homes this last weekend.

Youngest on Friday returned to uni and with his girlfriend and a mate have moved into a rather lovely little terraced house in Lancaster. Himself filled our van to the gunnels with Youngest's stuff (how can a lad have so.much.stuff..?) and helped lug it into their new home. All three of them are student reps for the week - corralling and collecting up new kids during freshers week and they already sound like they have been stretched thin while they deal with 32 students between the three of them. They have organised tours around the campus, around the city as well as taking them to uni organised parties and quizzes, ensuring they get their house warming packs, know where to go for essentials, where their collegial houses are and (now this one made me start) make sure they are eating ...... 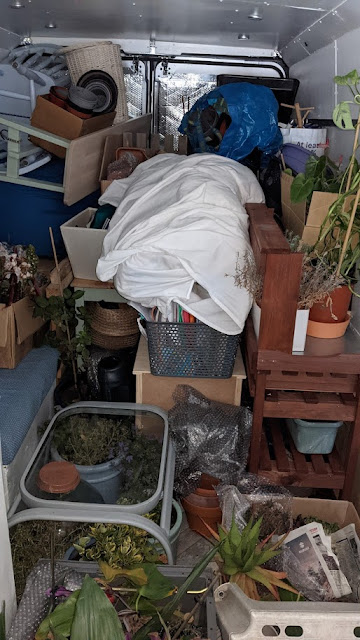 Saturday was an early start, we were off to help move Eldest and his girlfriend. They were renting a pleasant little house and were about to sign the lease for another year when the landlords sent their apologies and asked if they could have their house back. They kindly gave four months notice however with the housing market being what it is - it did cause some problems. Despite several set backs, long waiting lists, false starts and lots of absolutely horrendous houses for extortionate rents - they have found 'Roselea' a lovely cottage in an equally lovely little market town. Most of  Saturday was spent emptying the first house and squeezing as much as we could into every corner of our van. We were not the only parents there, Eldest's girl's Dad and wife came up with a van and between us - two vans, two cars and two trips - we emptied old house into new home. The rain did not stop us as we were fuelled by tea and 'parent-power' and by evening time while the rain lashed against the windows outside we were warm and tired and surrounded by boxes. However, we had somewhere comfy to sit and somewhere warm to eat and somewhere cozy to sleep. 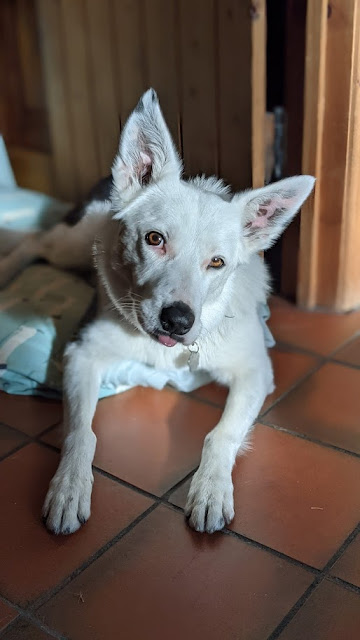 Another early start, partly because we were sleeping on a blow-up-mattress and Himself had slept fitfully (I was so tired the night before that I just closed my eyes until morning) and Moss was wanting her breakfast. So, after tiptoeing around the new kitchen, brewing up mugs of tea, we took Moss out for an exploratory walk and found some lovely pathways (dog relieved and really ready for her breakfast) we walked back via the local shops picked up croissants, milk, butter, hot cross buns and rolls and returned for breakfast. 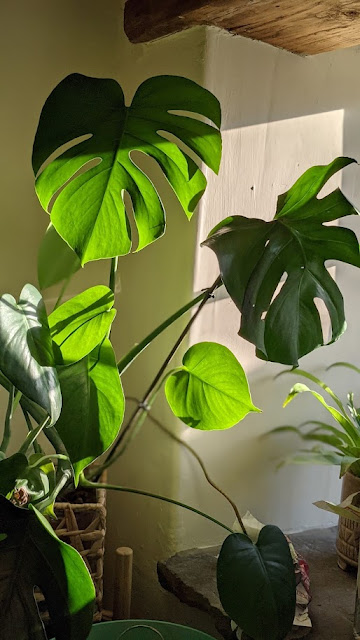 We all squashed round the table, sharing space with mugs of steaming tea and coffee, toast and piles of moving boxes - this is going to be such a happy little home - we could just feel it.

Now home, tired, so tired that after we landed and did a few essential chores at home, I fell asleep on the settee - again out like a light. 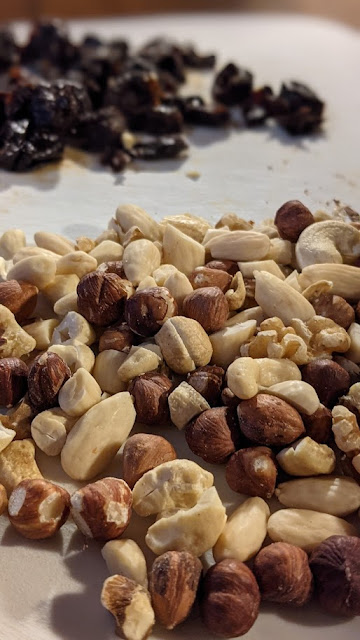 Later, feeling a little more refreshed Himself tidied up the van post moving and I did some baking - which Himself has already manfully started to eat his way through. 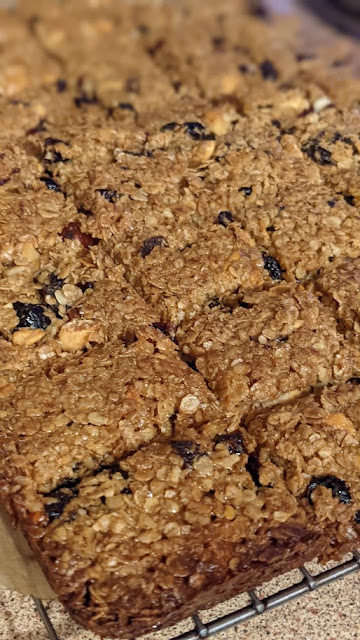 The rain, once again, is lashing it down, and we are now listening to the radio, the cat is pleased* we are back, the dog is sleeping on our feet, the fire is tickling away and we are cradling mugs of tea. 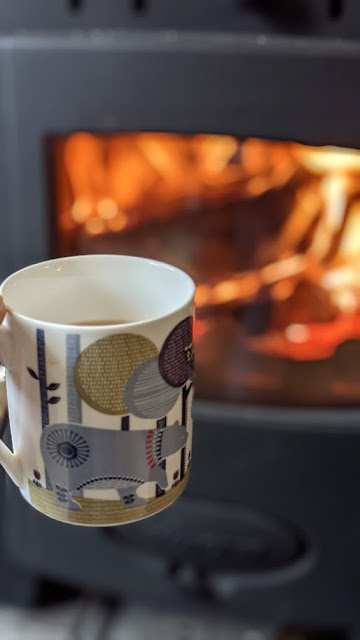 The weekend flew by and you can see why, here is to a month of waffling and blogging - hope you can join me xxxx 💚🌻🐾☔😊

this is her 'I.am.so.happy.you.are.back.now.get.that.camera.outta.my.face' face! 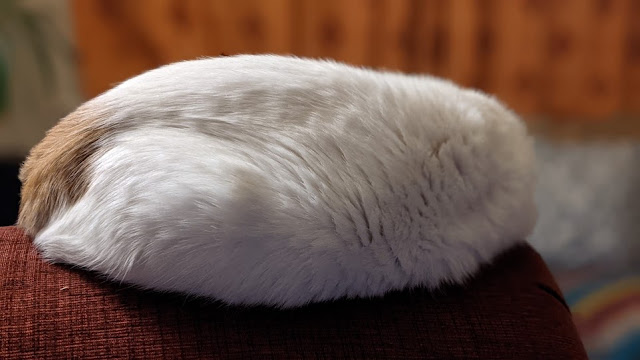