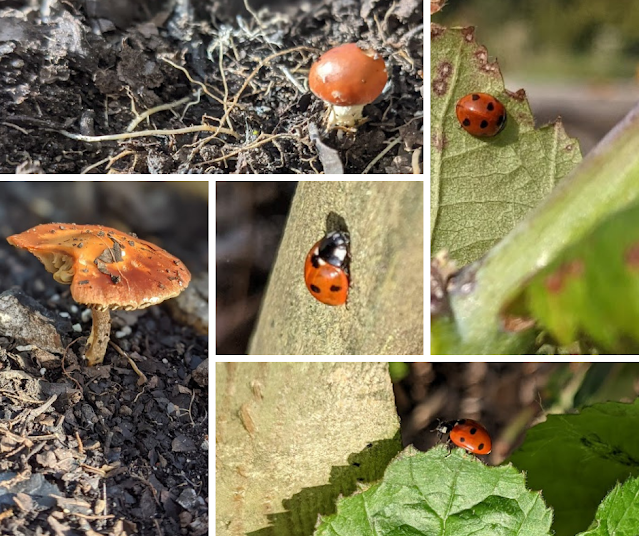 Early this morning, we both peered closely at the small orangey red lump in the woodchip below the tayberry vines. From a little distance away I'd thought it was a berry or a ladybird, my colleague said she thought it was a bead.

As we got down on to our hands and knees - I perched my glasses on my nose then focused my eyes on the teeniest tiniest mushroom I..have..seen!! It was not much bigger than a ladybird.

I used the back of a pen to tease away the woodchip the mushroom was bravely pushing through so I could get a photo. In the same area (apart from the dozens of ladybirds) was another mushroom - the head of it smaller than a five pence piece.

I know these are only the fruiting bodies with the main portion of the mycelium spreads far and wide beneath our feet and I am humbled at their quiet determination to grow and spawn before the gentle warmth of autumn vanishes so we carefully returned the woodchip, tucking the mushrooms back into the warm and safe mulch.