The setting of the sun #30DaysWild Day 21

Last year, during the summer solstice weekend, we wild camped on a moorland hillside to watch the sun set and then the sun rise.  This year the weather played foul, keeping us inside most of the day. Then in the afternoon, the sun suddenly broke through the clouds, we spent a few precious hours in the garden. The sun was glorious and so so delicious.  Eldest perloined my camera taking photos of the flowers while they sparkled with rain drops in the sunlight. 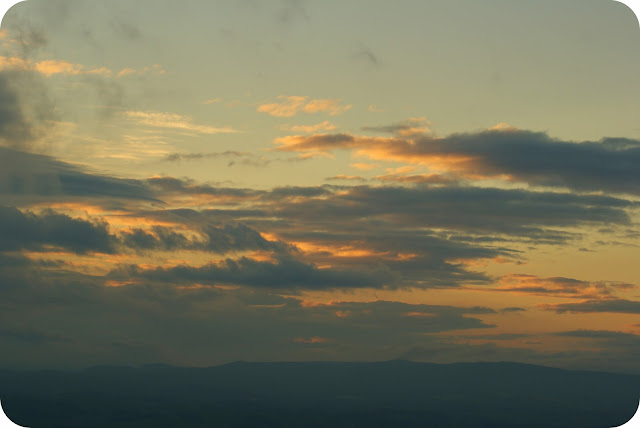 I had for months and months planned to wild camp over the solstice weekend to celebrate the longest day and felt quite betrayed by the rain.  This summer has, on the whole, been a rather pale version with low cloud and grey days. 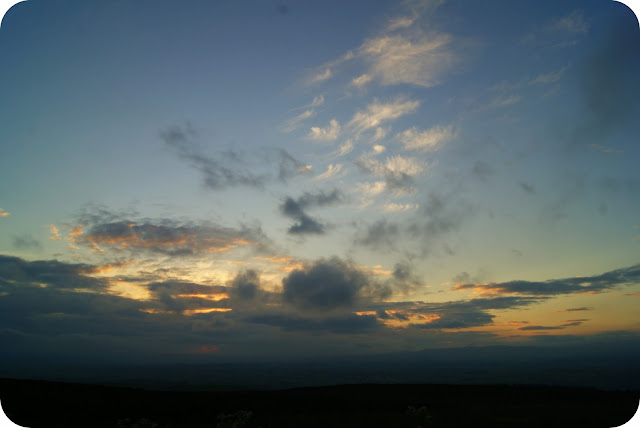 Himself knew I was wanting to watch the sunset so we took the cameras and the boys and found ourselves a vantage point and waited.  The clear skies from earlier had filled with fast moving layers and layers of cloud. 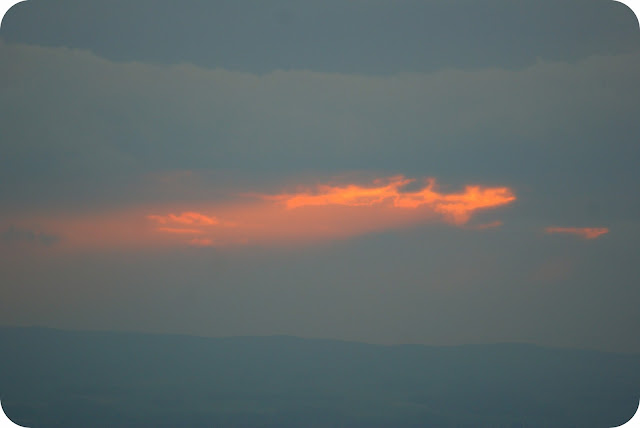 We watched. Smudges of pinks and peaches quietly peaked through the predominantly clouded sky. 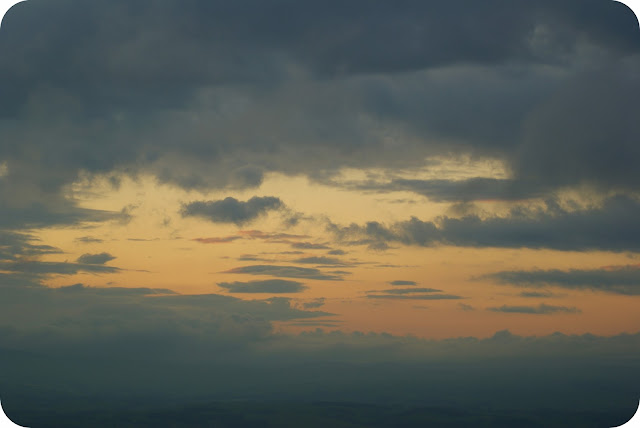 We listened to curlew trill and call in the moorland and heathers. 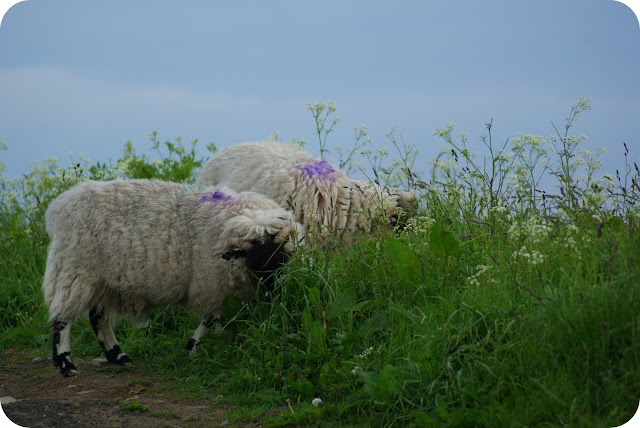 We heard the sheep chewing through the grasses and watched as they came closer. 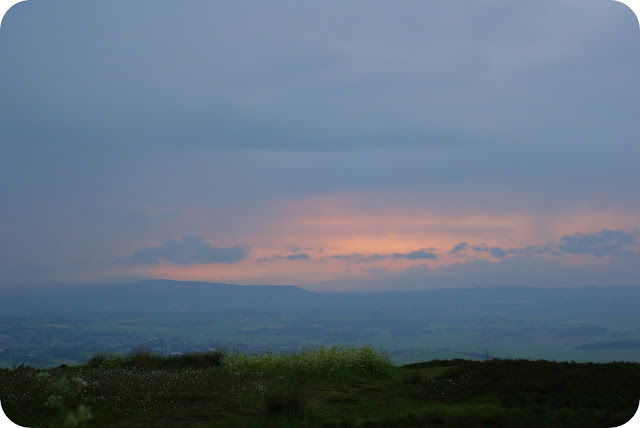 The hills and the sky merged with only merest slash of peach. 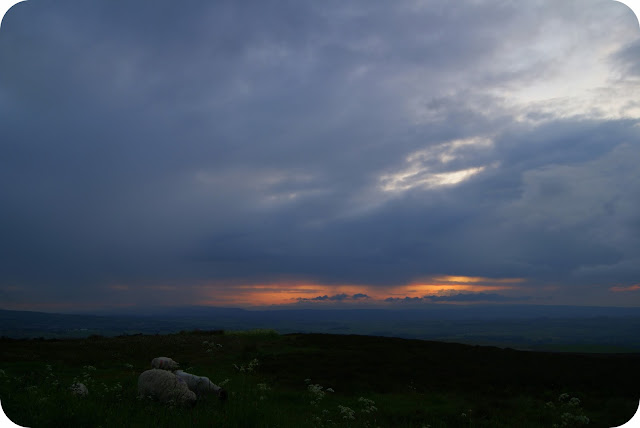 In the far distance, the clouds melted and rain filled the horizon like a curtain. The sheep oblivious to the inevitable downpour continued to graze. 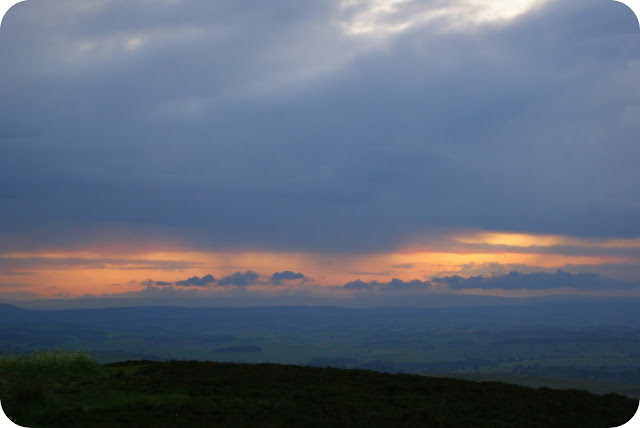 Time to return home. Before we get wet too. 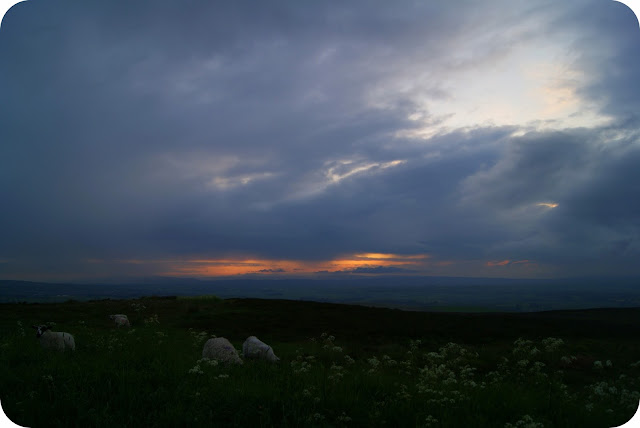