The story of that hat...

In which I try to deny the inevitable. Ah, the bliss of misplaced knitting related invincibility. Hmmm, I shall explain.

I had cast on a hat for Youngest -  after much discussion and choosing of patterns and yarn he had settled (under guidance of Girlfriend) on a dusty green and marled cream alpaca yarn.  It started well, the ribbed section grew fast and after checking that it was comfortable on his head, I launched into the fairisle section.

With two yarns on the go, I'd slowed down. Making sure that by every third stitch I'd gently twist the yarn so that no large loops of the carried yarn were left hanging. I even marvelled at my own neatness. 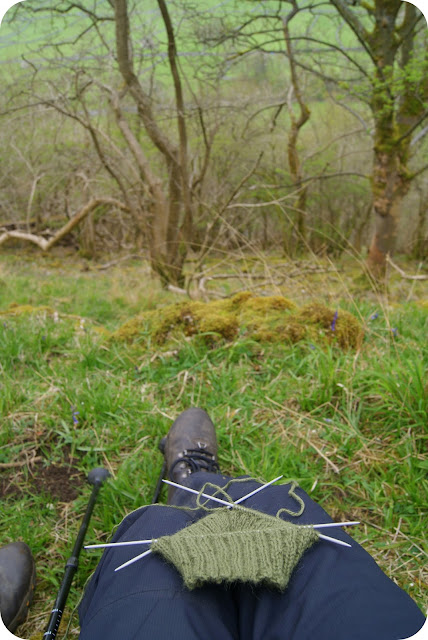 Youngest asked if it would be ready in time for our holiday and in my foolish pride I promised that it probably would not be finished before but I would certainly have it completed towards the end and he'd be able to wear it. He was satisfied with that.  This had the effect of making me knit like a demon. 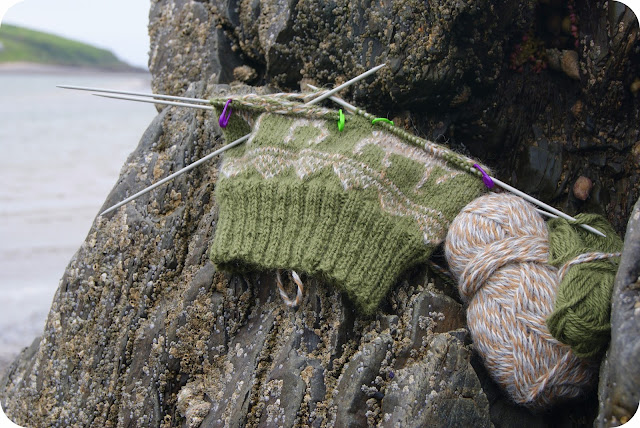 I took it to work, managed a row or two at lunch, I took my knitting walking and at every stop, brought it out to make progress.  Then on the drive up to Scotland for our holiday, I had nearly four hours of solid knitting time as the miles flew by. A feeling of smugness grew like a happy fuzzy woolly glow - Youngest would not only get his hat for his hols, but he'd probably get it sooner rather than later.

It was growing very nicely.
But.
But, in the back of my head I had a niggling little thought.  The ribbing was super stretchy and fitted nicely around his head, but.
But.
The fairisle bit seemed a little...tight.  I pulled it (carefully the second time coz the first time I pulled the hat to see how far it would stretch.... I pulled it off the DPNs)
I pulled a third time, making my fingers open out the hat to fit a head. It still felt tight. Hmmmm. I had increased the hat part of the knitting after the ribbing to accommodate the pattern...but.
But. 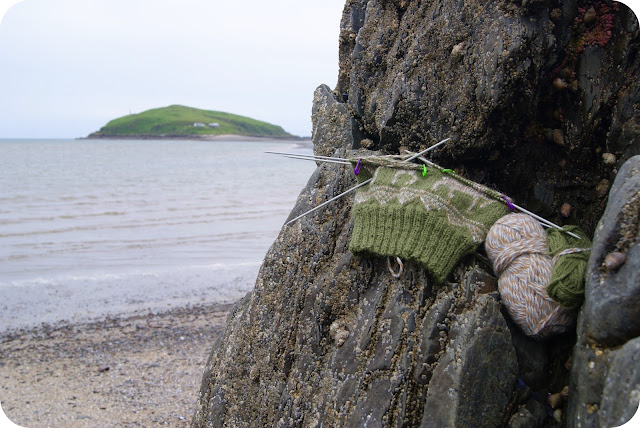 I put those thoughts aside. I blamed the fact I could not fully open out the hat in case I pulled it off the needles again and I didn't think that Himself could cope with a re-run of my minor melt down when I had yanked the hat off it's DPNs the first time.

I continued to knit. Youngest admired and poked his hat and hopefully enquired as to it's completion. Soon, I offered, soon but, it might be...a little ummm...tight. That's ok he cheerfully replied, then it won't fall off! I allowed myself to be reassured by his optimism and continued...but.
But. 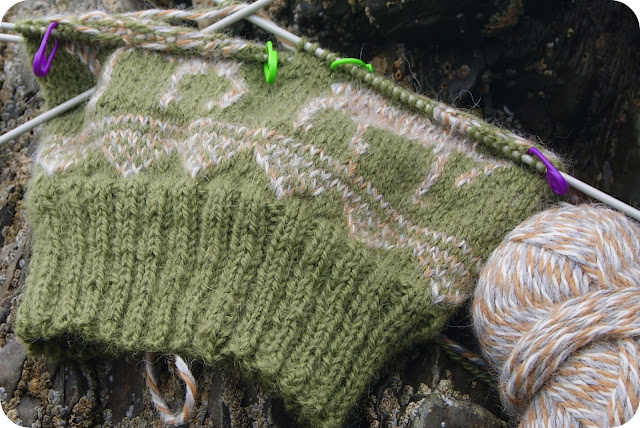 I completed the triangle patterning, started and almost completed the stags right up to the antlers when that niggling thought was no longer just niggling...it was positively screeching at me - TOO SMALL TOO SMALL.... I relaxed my hand, loosened the knitting, let the carried yarn loop a lot more and tried a further row or two.

Then, the screeching niggle suggested I get Youngest to try on the hat...that would solve the argument.
He tried it on.

It was just too much - the.bloody.thing.was.so.blatantly.obviously.too.bloody.small!

Argh! I threw it to the back of the cupboard and ground my teeth flat!

It took me two whole days before I could bring myself to do the next thing.

We are now at home.
I am re-doing the rib stage.
Youngest has not asked about his hat.
The holiday has finished and the hat was not.

Himself patted me kindly on the back - from a safe distance and then for self preservation reasons took a couple of steps backwards before, in an offhand devil may care sort of way, offered to buy Youngest a fairisle hat.

Yup you guessed....another melt down.

Like I said... I am doing the rib. Breathe. Breathe.