21, the magical protection of a tree and a festive Ta-Da!

Twenty one
Along the pathway, ahead of us, a wizened old tree.

Over the years it had split open and hollowed out,
most of its larger branches fallen and shattered on the slope.
Inside the hollow from a distance, I could see what I thought was a ladder.

I mused at the reasons.
A fairy ladder I giggled to myself,
for an elf to either go up in to the branches or down through the portal in the roots.

Was it a ladder left propped up when someone was chopping down the branches?

As we approached, I could see the steps were too close for a ladder,
now I was really curious - what was it? 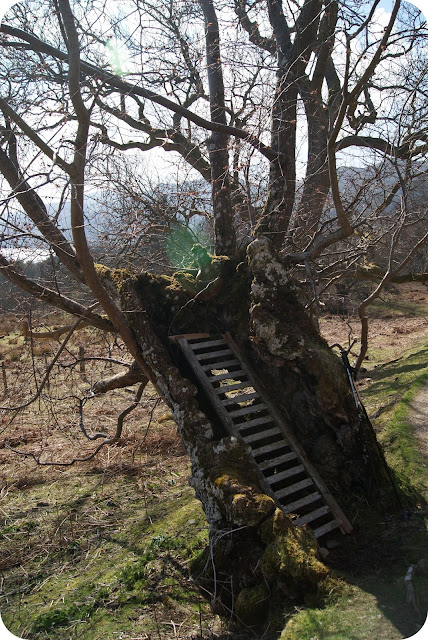 It was only after staring at an inscription
that we discovered that it was the back of a memorial bench.
Cast aside when it possibly collapsed and left in the hollow of the tree. 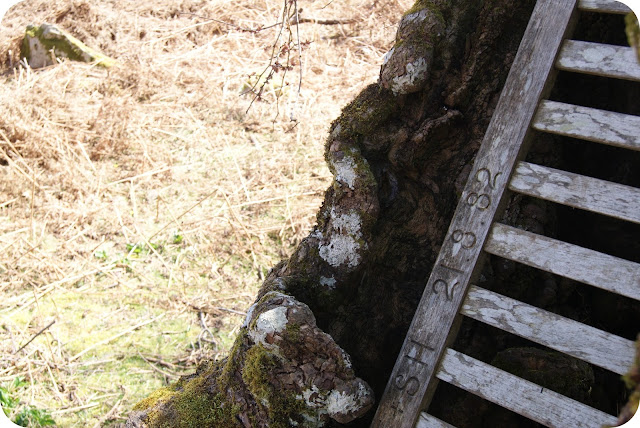 The tree had curled itself around the bench - protectively guarding the memory.
I felt a mixture of sadness and marvel.
Sadness that a bench, put up as a reminder of a beloved person, had been rejected by another.
Marvel at the slow protective care an aged damaged tree appeared to be offering.
MJrPVkwPMJrPVkwPMJrPVkw

Early on in December, I came across this delightful Norwegian blogger who reveled in all things Jul, have a look at the wonderfully simple candle chandelier she has in her first picture. I fell in love with it and tried to find myself one.
To no avail.
They were either hugely ornate, overblown, wooden, expensive or just down right UgLy!
So I gave up (temporarily - I will hopefully find one in the future)
however, I still wanted the effect of that simple pinecone decoration.

So - tonight, after a walk through woodland and pinecone collecting, I made this. 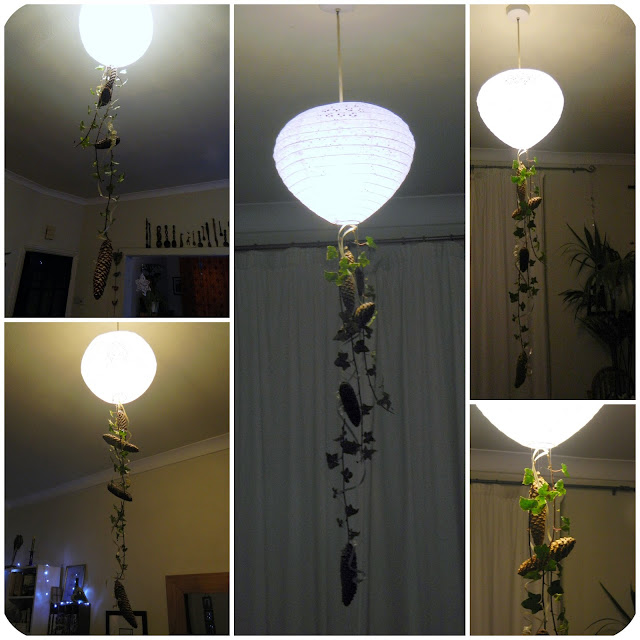