Firstly I want to thank everyone who wished me luck for my exams - it was a bit of stressful drive there, a rather intense two hours then a less stressful but still trying journey back but it is now OVER!! Let the festivities BeGiN!!!

When I was little, my Gran would send us an advent calendar which my brother and I would take turns in opening the little doors. I was a little older than him and fairly quickly worked out that if I 'graciously' allowed him to open the first door - then I would be the one who would open the grand 'two door' window on the 24th...... Sneaky huh!?

But childish connivings aside, we would love the anticipation of opening each door to reveal the day's hidden picture.  I can remember always being disappointed by the one with the wrapped parcel (which was usually around the 8th - but I was prepared to put up with that as it meant I was on track to open the 24th).  That window never held any charms for me, I preferred a twinkly star or the animals. Or the snowman especially if he was skating on ice with a red flapping scarf, a hat at a jaunty angle and the obligatory carrot nose.

Another strong festive childhood memory was my love for cards covered in glitter. The type of glitter that fell off and stuck to your fingers or face. I can remember rubbing (surreptitiously of course) the glittery card on my skin to transform the magic on to me. Preferring the silvery blues to the golds and reds, I would try and get my finger tips twinkly and in my mind's eye I was mysterious and otherworldly.

I can also remember with fond amusement (now) the seasonal unreliable nature of the tree lights. The exasperation of my Dad as he would endeavour to fix the wires, replace the bulbs or the fuse and finally manage (I don't know how) to get them working again.  I can clearly hear the clink of the small coloured glass bulbs as they were laid out on the carpet to be tested before draping them on the tree.  I even remember the smell of them!

I have many other memories that harken to childhood Christmases and had wondered if my boys do too.

They mentioned the village card-delivery walk using sledges with fondness and hiding in the box we store the decorations. At the beginning it was possible to fit two small boys, then over the years as they grew, just one at a time until last year, only Youngest tried to get in and failed.... that job now belongs to the cats.
The stockings on the end of their beds when they wake up which they then open on our bed before we get up.
'Playing Santa' on chrimbly morning when one or the other took turns to hand out the gifts from under the tree.
Mincepie eating competitions - initially Himself would win hands down, now the boys are clear winners!
The small table gifts on chrimbly eve at my Mom and Dad's - usually naughty gifts that entailed building something that would shoot missiles over the dinner table at their uncle or dad.
Childhood memories. 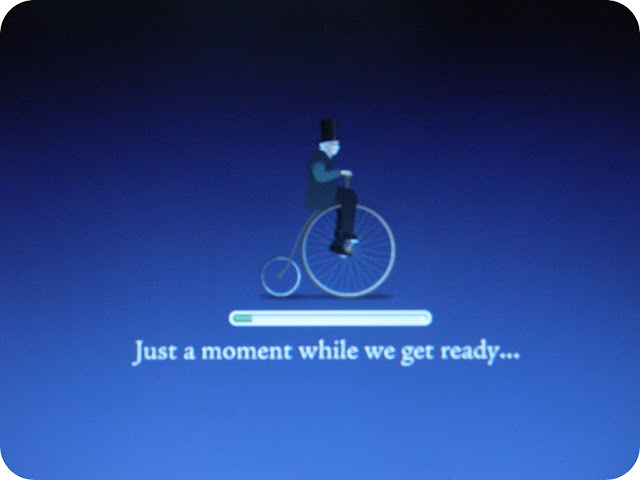 Now my mom sends me a wonderful interactive advent calendar which I load on my laptop. Each day has a little story or song with festive carol singing in the background. Little Victorian folk walk across the screen with dogs and parcels while snowflakes quietly drift down. 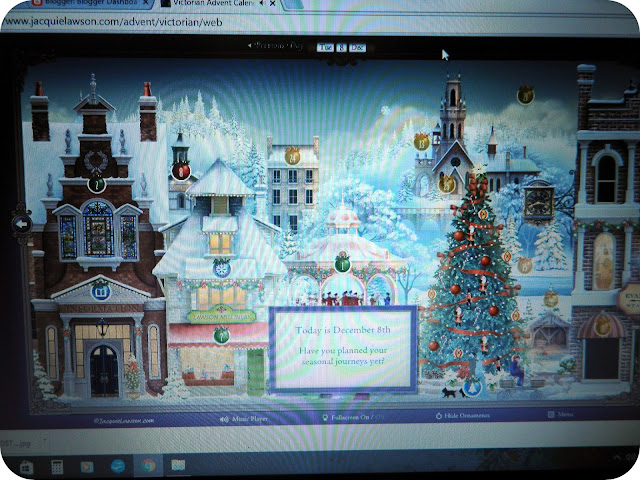 There is the option of decorating the tree, designing the snowflakes and stained glass windows. 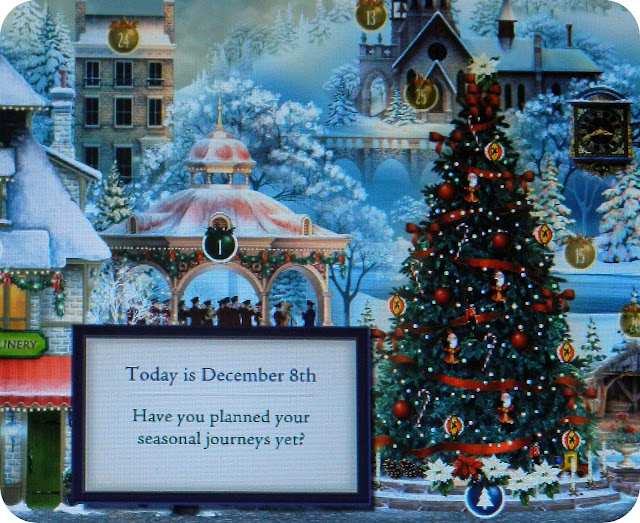 Today on the 8th, was the chance to catch a train and trundle around the snowy hills. 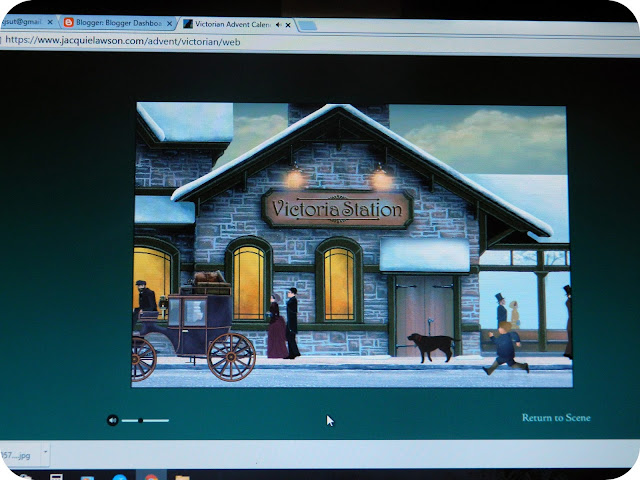 For a few sweet minutes, I was captivated and drawn into the animations and story line. 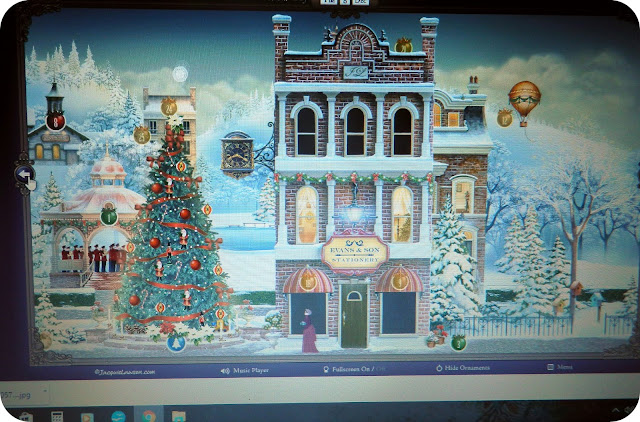 Do you have any chrimbly memories carried through your life?
Do you do things now that become 'rituals' or 'customs' that you hopefully will pass on to your children?