July 2014 Youngest went, with the school, to Belgium visiting war memorials, museums and battlefields of the Somme. The British were heavily involved in the battles in and around in Albert during World War 1. 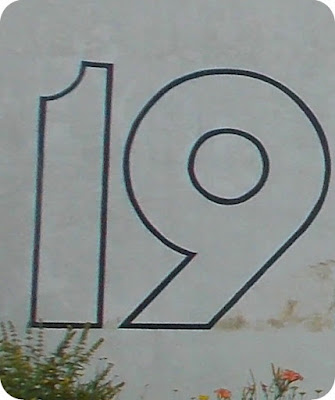 Opposite a museum they visited, there was a wall mural depicting the British soldiers in front of a famous icon - the Golden Virgin on top of the Basilica.  The statue, visible from a fair distance, proved to be a useful target for enemy artillery. It was fervently believed that as long as the statue remained (even at that precarious angle) on top of the Basilica, the war would continue. While it was under French then British command, the statue remained however, when the Germans used the tower as an observation point, the British artillery made a point of targeting it until the statue finally fell. Shortly after, Albert was retaken by the British. 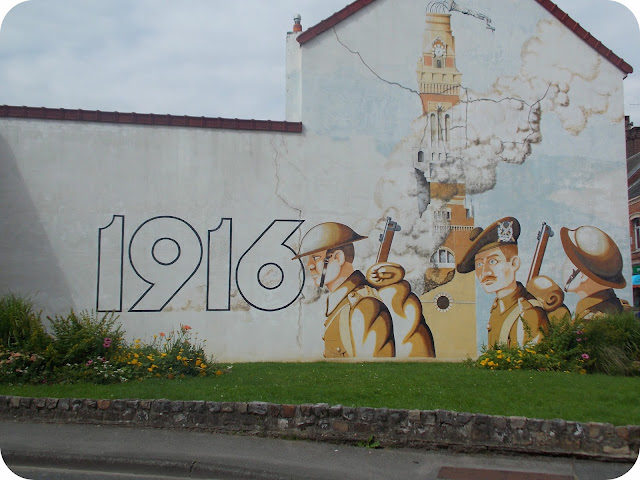 While he was out there, I received a text from Youngest saying the teachers had decided to visit a particular war cemetery where we knew we had a family member. I quickly had to find the details and text him back (all while at work.... fortunately it was mostly over my lunch hour) only for him to text back that the bus driver had taken them straight back to the hotel.  Humphff.

The next day, again around lunch time again,
I received another text from Youngest saying they'd not only visited the cemetery
but had actually gone looking for and had found the gravestone -
the whole visit make an impact on Youngest,
which can only be a good thing. 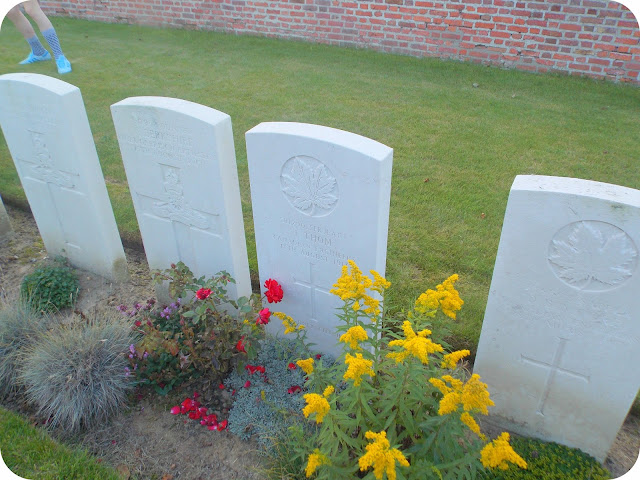