Do you know that feeling when you meet someone you 'know', but in reality you don't know them at all and you get rather giddy and excited on the inside but on the outside you are trying to be cool and end up just tripping over your words?? (words getting garbled here - takes a big breath!) 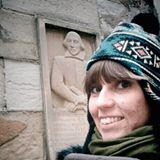 Well, I met the 'Vagabond Baker' on chrimbly eve and nearly popped!

She was absolutely delightful - no no no wait,  hang on a mo' - let me start from the beginning....

I have a rather special friend who I should try and see more often but due to work constraints, poor mobile reception, distance between us and just being plain busy, we often go weeks and weeks before we dip into each others lives.

On chrimbly eve we finally managed to get together for a brief hour where we slurped the most delicious 'sunshine soup' and cheese on toast. My dear friend, her daughter and I just picked up from our last get together and nattered as if time was of no consequence.

It was during this nonstop chatter catch up, that Rachel - the 'Vagabond Baker' was mentioned.  It was her recipe that I'd used to make my Hufsie Cake and it turns out that my lovely friend - is friends with her!  **I may have squealed a little in a sort of star-struck-bloggy sort of way.....shhhh don't say anything **

Talk about a small world!

My brief lunch hour was just that - brief and I soon had to rush back to work.....leaving behind a chrimbly parcel. Later my friend text me and we arranged a time for me to collect the errant parcel on the way home.

The weather was absolutely foul as I parked up, dashing down to the back of her house as I skipped over huge puddles. I knocked on her door which flung open and my dear friend urgently beckoned me in - curious I stepped into her kitchen, windswept and wet, stepped out of my boots and went into her lounge.

There was Rachel and her partner, Chris. I just pointed at her and I may have just managed to squeak 'Vagabond Baker'! which resulted in an roomful of laughter :) Official introductions were made and it was at this point my insides were super giddy and my outsides were pretending to be sensible....I think I got away with it (but possibly not!) Who cares - it was brilliant meeting her and discussing (at high speed) the wonders of Shetland, travel, cake, blogging, Yorkshire and blogging and cake and Shetland and Yorkshire (all this in a space of about ten minutes MaXiMuM!) It was if we knew each other and we just fell into our conversation - amazing :)

I still had a chrimbly dinner to get to and I couldn't be late so had to leave - I think I may have grinned most of my drive home!

Have you met anyone you 'know' from the world of blogginess and gone a little silly?  --- I think I may just have done that last week !....... 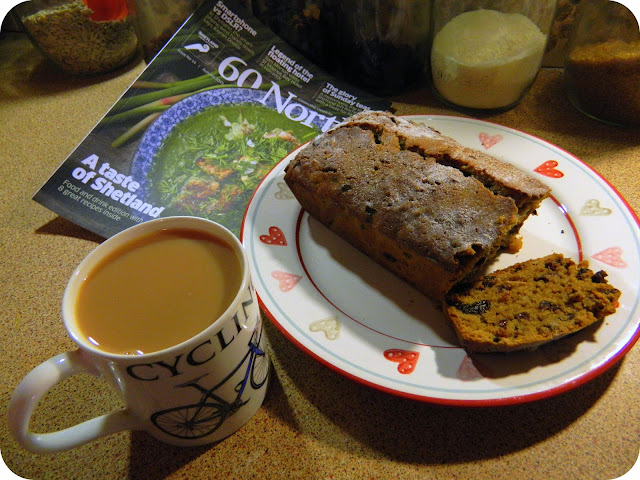